American rapper, 6lack has said Wizkid’s Made In Lagos was the best album of any genre released during the pandemic. 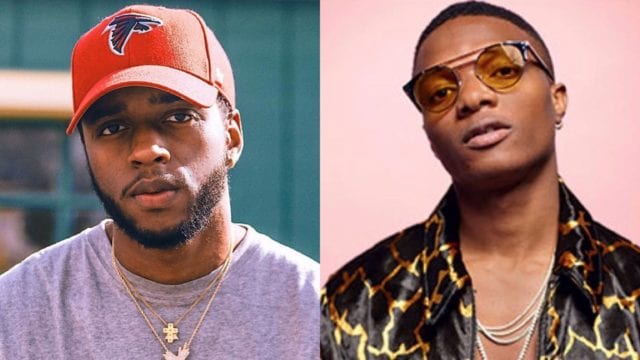 The American made the revelation via a post on his social media page on the 22nd of February 2021. 6lack revealed that Wizkid  released the best music album as the world battled the Covid-19 pandemic. He wrote;

“also @wizkidayo dropped the best album during this pandemic, of any genre.”

also @wizkidayo dropped the best album during this pandemic, of any genre.

Made In Lagos by Wizkid was officially released on the 22nd of October 2020. The album amassed over 181 million streams across various streaming platforms after three months of it’s release.

Different reactions have trailed 6lack’s claim regarding Wizkid dropping the hardest music project during the pandemic, below are some of the reactions;

Wizkid went hard on that album yo… you can relate it as whatever race you are .. pure tunes…. a lot of Nigerians wanted an album for Nigeria..nahh bro made an album from Nigeria…

Now u don get the attention (rts and likes) u want 6lack…. Someone like you too taking sides…. Well,,, u still be upcoming just like Badboytimz for US

For those that have music ears

Someone hold this man’s phone. He’s speaking the truth again.

Man said Wizkid dropped the best album this Pandemic, like of all the Albums World Wide MIL is clear. I don’t wana hear any stupid reviews, just tell Drake to Come Outside

U can never lie for once,,,,, na why I like you,,,,,
This album go reign till hypocrites turn from their evil ways😂
Them go vibe this album in private and come twitter to shalaye,,,,they must repent OR

dagold - 2 March 2021 0
There's a slim chance anyone has managed to avoid video or voice calling services that rely on internet connections by this stage, thanks...

The Health Toll of Living in Small Apartments

Colgate Hum Toothbrush is Loved by 40K People, Here’s Why