We must be willing to experiment, and to put people first

We must be willing to experiment, and to put people first

Revolutionary new thinking is rare. People who think outside the box – rarely fit neatly into the corporate, political or media image required, and therefore, their ideas are easily dismissed. Or even ridiculed.

For many centuries, women played this role. No matter what idea or ideas they came up with, they could always be readily dismissed with a cursory ‘Well, she’s a woman. What would a woman know of the affairs of men?” 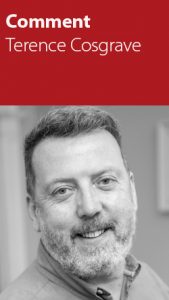 That sentence was perfectly normal until quite recently. Women were mocked or ridiculed for ‘wanting to be like men’, or as we say now, demanding equality and fairness.

Black people, of course, suffered the same indignities for many centuries. It was quite hard to be a black person and get on with life merely a hundred years ago without being interrupted by kindly white people trying to measure your head with a set of callipers.

And yet, ‘race’ is only a social construct since the 17th century. Shakespeare didn’t think of Othello as a member of any race – simply as a human with darker skin, which is what he was and is.

And yet it is the deviant, the outsider, the maverick, or the nonconformist who is most likely to initiate the ideas that make life better. The nutters who tested their own medicines and vaccines on themselves. The ones who thought humans could fly. The ones that thought the whole God thing was a fairy-tale – Galileo comes to mind in that case.

I was told a wonderful story recently of such a person – ‘Patsy’ – who smoked marijuana on the pier in Dun Laoghaire back in the 1950s. He was so far ahead of his time, no-one gave him any trouble, because they didn’t know yet that what he was doing was illegal. That would come later.

Indeed, you can imagine how, before the Sixties and in Ireland in particular, there was nothing odd about a man smoking – the fact that he was flagrantly smoking a fragrance unfamiliar to the populace didn’t indicate anything – and his behaviour backed this up. He was as legal as a judge in a brothel.

But his pioneering of the marijuana herb was not the reason why I bring him up as an example of someone who might think differently from the norm, but what happened to him when he began his odyssey to India.

We need not get too deeply into the details here, but he managed to purchase a Land Rover in a Police auction for an incredible give-away price, and suddenly he had the means to travel. He set off through the many border crossings of a then un-united Europe – travelling through Communist Yugoslavia, for example, and on through Greece on to the Levant.

It was there he met a Swedish women – in either Syria or Lebanon – (the details are rather hazy on this point) and fell in love. Let’s call her Gwenella.

However, the dream of India was too strong, and he abandoned his Scandinavian love to continue his trip east to the Punjab.

However, a few hundred miles outside Beirut, his Land Rover slipped off the road and he broke the front axle. The vehicle would not move again without repair.

He waited a few days until locals showed up and he asked them for a local garage. Of course, there was none. He would have to go back to Beirut. Since this was impossible with a broken axle, he had a conundrum.

Long story short, he met a man who offered to buy the Land Rover from him, and undertake the trip to the mechanic back in Beirut, and he himself hitched to Damascus, where he was re-united with Gwenella.

She persuaded him to travel with her back to Stockholm, which in the end, is what he did. This was circa 1960.

They had a good life in Stockholm, for a while. Since this was pre-EU, he had no permit to work, so he got by on the profits from the sale of his Land Rover. Unfortunately, the man in the desert didn’t have any actual cash. And Patsy wasn’t interested in accepting a daughter in exchange, so he took the local currency – kilos and kilos of hard, aromatic hashish.

He was selling this in Stockholm to make a living, and sure enough, he eventually sold some to an undercover cop, and was brought before the Magistrates. Two years was the verdict.

And so, off to Swedish prison our hero did go.

Which was fine, up to a point. They took him in on a Friday, and during the prison orientation, he was asked what he did for a living. He said he was a painter.

And so, on the following Monday morning when he was being woken up, the prison staff came into his cell and deposited a set of overalls, paintbrushes, rollers, a ladder and other equipment.
“What’s all this?” he asked.

“We don’t keep you here for free,” he was told. “You have to work for a living, and for your own dignity. You are a painter. We will put you to work.”

It all sounded a bit Arbeit Macht frei to Patsy, so he told them: “No, no, not a house painter. An artist painter. A painter of landscapes and portraits.”

The prison officers picked up the ladders, the paints, the rollers and the overalls (including hat) and sadly moved them all out of the cell.

Nothing else happened for a week.

But the following Monday, the prison officers arrived in with an easel, oil and watercolour paints, a painting apron, a wooden paint pallet and a sketch-book.

Now, I don’t know if Patsy had ever painted anything prior to this, but the paintings that survive are of a remarkable quality. It’s almost impossible to believe this was his first attempt at painting, but perhaps we may never know.

Ah, you say, heart-warming. But if he was in prison, he must have missed his beautiful Swedish girlfriend, Gwenella? Well, yes and no. He missed her during the week, but not at weekends, when she was allowed visits. Conjugal visits. This was at a time when in Ireland, if you had sex outside marriage, you were lower than a criminal. But you could be a criminal in Sweden, and even still, no-one was going to deny you the right to have sex with your girlfriend.

Anyway, Patsy served out his time, and then he got the really bad news – he couldn’t stay.

“Oh no,” said the authorities, “you are a criminal and must be deported.”

Patsy went back to Ireland and over time, the romance dimmed and eventually faded.

My point in telling this story is to point out how rigidly we stick to established thinking, and how rare it is for us to diverge into other ways of thinking, other ways of being. We do the same old things, over and over again, and when they don’t work, we do them harder. And they still don’t work.

There are very few bad people, just people facing discrimination, exclusion, poverty, injustice and hate. The Swedes knew that decades ago. The dignity of work, the self-respect that comes from being treated like a person, the expectation of other people that you are a worthy human being – all these things are sometimes all a person needs to succeed

We are never going to solve our healthcare problems without some radical thinking – waiting lists, professional shortages, mental health deficiencies – all these problems we can debate with two-minute soundbites on radio and television and get nowhere – or we can try to encourage divergent thinking to come up with real solutions that might actually work.

Maybe, just maybe, a change is going come, but we’ve got to make the change inside our hearts first – to be willing to experiment, and to put people first in our minds, not the rules, ideas and strategies of previous, less advanced times.

Yes, I do believe, a change is gonna come.