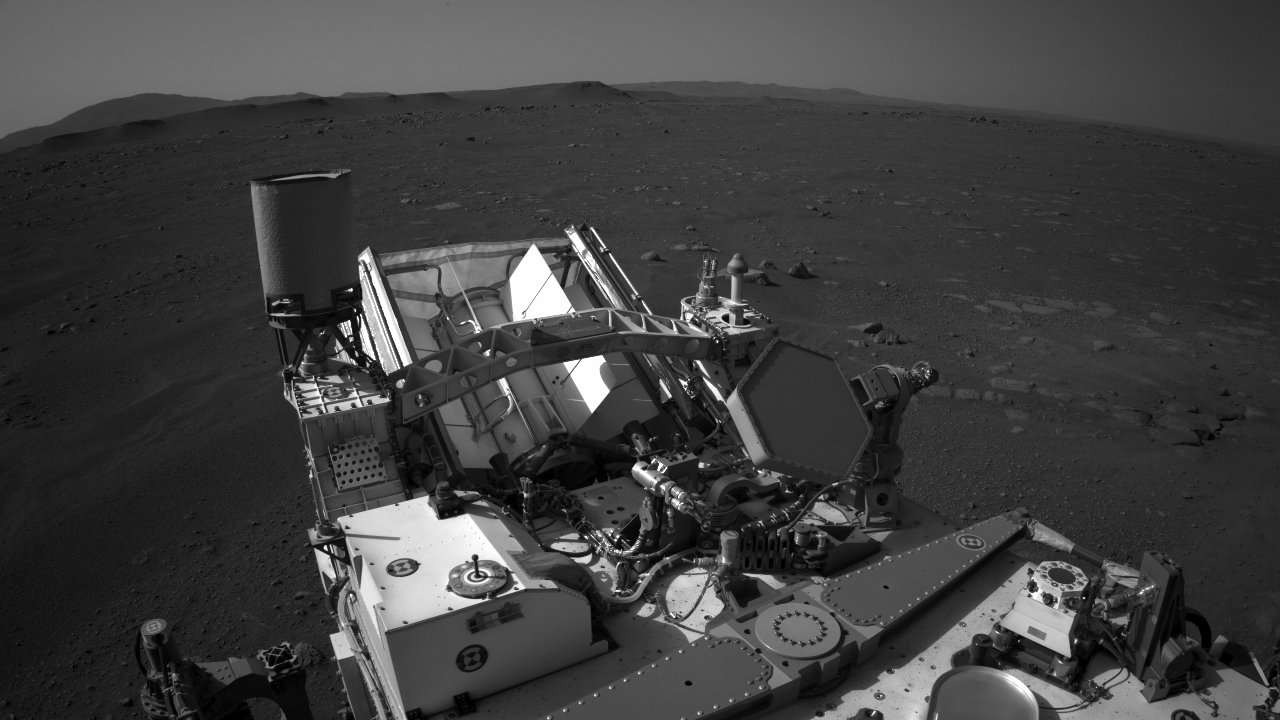 For the first time ever, you can watch a rover landing on Mars. And it’s epic on many levels.

Human beings have been dropping machines on Mars since the 1970s: landers that parachuted to the surface, rovers that were destroyed during landing, and later rovers that survived their landings inside giant, bouncing cushions of airbags. Now powerful skycranes lower NASA rovers to the surface. But in all that time, all those spectacular successes and failures have taken place out of sight on another world. That changed with Perseverance.

NASA outfitted the Perseverance rover and its landing vehicle, which arrived on the Red Planet Feb. 18, with a collection of high-quality, high-speed video cameras to capture the “seven minutes of terror,” as engineers refer to the plunge to the Martian surface. The cameras were set up to offer viewers front-row seats to the final two chapters of the trucklike machine’s plunge from solar orbit onto the Martian dirt: the parachute and the skycrane.

As Live Science previously reported, some tricky maneuvering is required to deposit a 10-foot-long (3.1 meter), 2,260-pound (1,025 kilograms) nuclear-powered robot gently within a narrow target on the dangerous, rough surface of another planet.

The video shows the rover’s landing vehicle popping off its heat shield so it can “see” the ground during landing to time its parachute deployment. The metal disk falls away, revealing the long drop that still separates the $2.7 billion, nuclear-powered rover from the ground. Another camera shows the parachute unfurling, a sheet of fabric tasked with slowing the descent from 940 mph (1,512 km/h) to 190 mph (306 km/h) in two minutes. Then, the lander drops away from the parachute the robotic pilot took on its toughest challenge: Identifying and maneuvering toward a safe landing site. Finally, the skycrane hovers 65 feet above the Martian surface, kicking up a dust storm as it lowers a gently swaying rover on long cables to the ground before flying away.

None of the video was available to NASA during the entirely robot-controlled landing. (Getting data from Mars takes time, and the uplink bandwidth is far short of streaming speed — though NASA did manage to haul 30 gigabytes of media across interplanetary space in a few days.) But Perseverance uploaded the material over the weekend in time for NASA to release it Monday (Feb. 22).

Related: Here’s every spaceship that’s ever carried an astronaut into orbit

NASA said that the video will offer important data that will help future missions and confirmed that just about every stage of the descent went as expected and planned. The closest thing to a problem visible on the video: an apparently harmless loose spring on the back of the heat shield, visible as the protective shroud drops away from the lander.

NASA also released the first sounds recorded with a microphone on Mars .

Watch the full video of the announcement, in which NASA engineers break down the video frame by frame, right here.

Planet hotter than most stars spotted 25 light years away

Perseverance rover flexes its arm on Mars for the 1st time

dagold - 5 March 2021 0
With just one more episode left to go, WandaVision set out to wrap up a great many storylines with the show's grand finale....

Stellantis reports surprising 2020 results, is ‘off to a flying start’

Nintendo Switch Pro: It’s time for this to happen

Planet hotter than most stars spotted 25 light years away

dagold - 27 February 2021 0
Samsung Galaxy A32 India launch is coming soon, the company confirmed on Friday. In its press release, Samsung confirmed that the phone will...

Don’t Crucify Sheikh Gumi For Putting His Life On The Line...