Israel Adesanya has lashed out at trans athlete Lia Thomas after the UFC champion posted a clip from television show South Park in the wake of the ongoing row surrounding the swimmer.

There was huge controversy over the weekend when the American swimmer Lia Thomas, who transitioned in 2019, won the US national college title in the women’s 500-yard freestyle.

That victory has sparked an outcry from Thomas’s rivals and escalated the conversation around the future risks to the female category in sport, with World Athletics president Sebastian Coe concerned that women’s sport is in a ‘very fragile’ place. 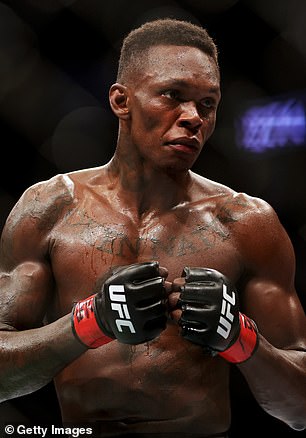 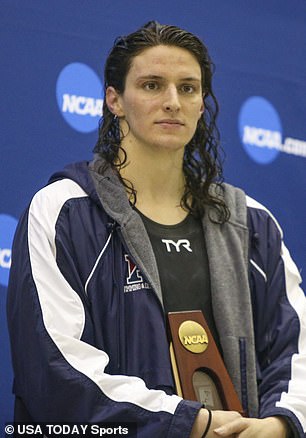 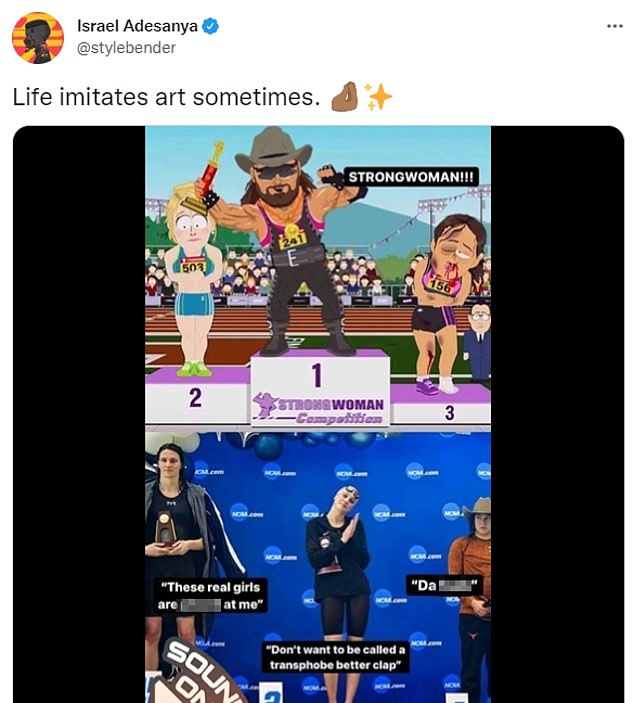 Now, UFC stars Adesanya and Jorge Masvidal have weighed in on the row, with the middleweight king posting a video clip from animated series South Park showing a heavily muscled and bearded athlete beating competition in a female category to the top prize.

Below the clip is an image of Thomas in first place following her win last weekend, in a clear dig at the 22-year-old.

‘Life imitates art sometimes.’ the 31-year-old tweeted alongside the post.

Meanwhile, Masvidal – a father of three children – also shared his thoughts on the saga, taking to Twitter to ask which sports remain ‘fair’ for girls. 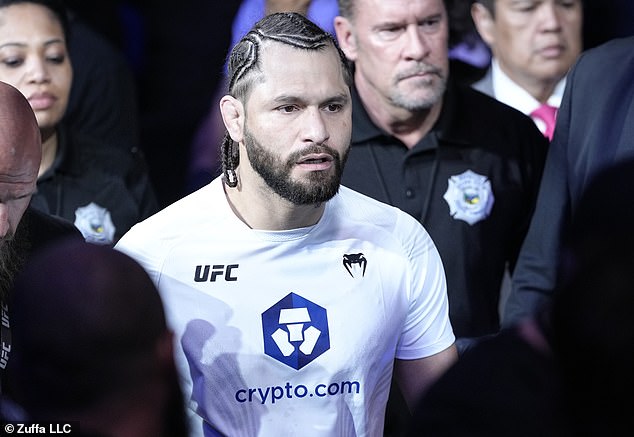 Lord Coe has acknowledged that discussions need to be had over the integration of trans athletes in women’s sport, insisting ‘gender cannot trump biology’.

He said: ‘It is inevitable that as in any element of science you will go on understanding and learning, but there is no question to me that testosterone is the key determinant in performance.

‘Look at the nature of 12 or 13-year-old girls. I remember my daughters would regularly outrun male counterparts in their class but as soon as puberty kicks in that gap opens and it remains. Gender cannot trump biology.’