True Crime: A Not So Strange Addiction

True Crime: A Not So Strange Addiction 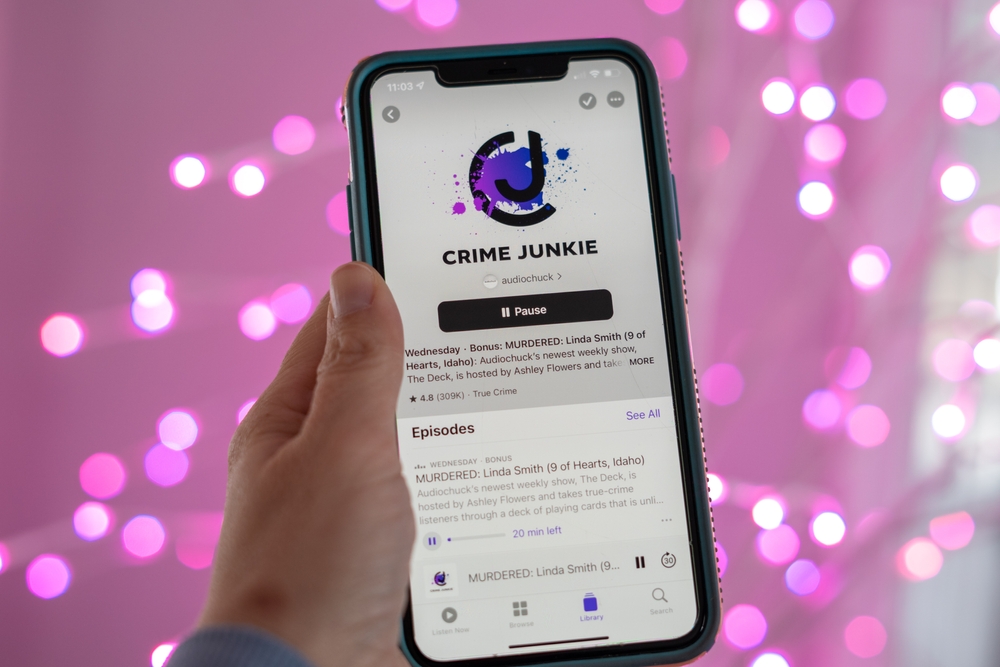 If your go-to conversation starter is serial killer factoids or you spend Friday nights binging shows on the ID Network, you may get some raised eyebrows and concerned looks. But obsessing over true crime isn’t as strange of an addiction as one may think, especially if you identify as a woman. Instead, fascination with this grisly genre of murders, kidnappings and deceits may just help you prepare for the worst. (Though, to be clear, the worst is unlikely to occur.)

What Started It All?

The American obsession with true crime seems to have taken off with Truman Capote’s four-part story, In Cold Blood — originally published as an article in The New Yorker in 1965, and later as a novel in 1966. The book centers on the gruesome murder of a Kansas family by two men who were fed false information about a small fortune hidden in the victims’ home. Capote was fascinated with the real-life case and spent a lot of time visiting the residents of Holcomb, Kansas and the men responsible for the murder. Though Capote is credited with the inception of the true crime genre, some scholars believe the genre and fascination with it began with Jack the Ripper in the late 1800s or in even early texts.

Regardless, after In Cold Blood was published, people’s hunger for true crime books grew and has now blossomed into movies, TV shows, podcasts and even a convention. And true crime stories run the gamut of genres: From white-collar crimes in the new Netflix series, Bad Vegan to stories of life and death in the podcast National Park After Dark, you’re likely to find something that piques your interest — even if you aren’t a true crime fan, per se.

When Does the Obsession Begin?

While it may have been Capote’s story that began the public’s interest in true crime, some researchers suggest that our individual draw toward these gruesome stories begins when we’re young. According to Elizabeth Rutha, a clinical psychologist with Advocate Illinois Masonic Medical Center, people are intrigued by the notion of good and evil at a young age. We encounter this trope in most pop culture books and films and even learn about it through religious texts.

We are also taught to suppress our impulses for evil, but we can channel those feelings through sources of entertainment such as superhero movies and even true crime stories. These can provide a way to experience our dark emotions without acting on them.

For Amanda Vicary, it was the 1989 true crime book The Woodchipper Murder that first caught her attention when she was only 11 years old. Now as the chair of the psychology department at Illinois Wesleyan University, she teaches courses on crime, justice, gender and social psychology, and she also researches criminal justice. A major area of her research focuses on the fact that women tend to consume more true crime stories than men.

Why Are Women Drawn to True Crime?

Women tend to be the biggest fans of this genre, Vicary says. And she has uncovered some compelling reasons why.

“I found a couple of characteristics that seem to draw people, especially women, towards true crime,” Vicary explains. “One being that women like stories about how other women survive, like if they were kidnapped and they escaped.” From her research, Vicary concluded that women are drawn to true crime because they subconsciously fear becoming a victim. So they consume true crime to learn preventative measures, or if worse comes to worst, survive those situations.

However, the likelihood of a woman being kidnapped and murdered by a stranger is very low: “It is so incredibly small,” Vicary says. In the U.S., only around 10 percent of female murder victims were killed by strangers between 1993 and 2008.

“Men are more likely to be killed in violent crimes, but not the ones you tend to hear about,” Vicary adds. “But if someone gets kidnapped off the side of the road, that gets a podcast.”

While consuming true crime could help you prepare for the worst, it’s best not to overdo it. Consuming too much can even lead to paranoia and anxiety. So if you’re starting to feel like everyone is out to get you, perhaps it’s time to switch to a new TV channel, pick up a different book genre, or listen to a happier podcast — until you feel comfortable enough to dive back in.