Monster Hunter has gone mainstream. With 2018’s Monster Hunter: World, Capcom finally managed to get the storied franchise to break through to become a smash-hit internationally, selling over 21 million cumulative sales (including Iceborne) as of the time of writing. But, the series has traditionally been positioned as a handheld title – and after spending some time with Monster Hunter Rise’s incredibly impressive demo – we feel that this new entry is something of a homecoming for the series.

Unlike Monster Hunter Generations Ultimate, which was released on Switch in the autumn of 2018, Monster Hunter Rise is built from the ground up with the Switch in mind. This doesn’t mean you’re getting a watered-down experience; the lessons the team learned from Monster Hunter: World still shine through in this demo, with more than a few new tricks of its own, to boot.

For those of you new to the series, the demo offers several modes and hunts, in both single and multiplayer, where you’ll be able to track down monsters of varying difficulty, a basic tutorial which runs you through the principal mechanics of the series and a ‘Wyvern Riding’ tutorial, a new mechanic in Monster Hunter Rise. The core loop of the Monster Hunter series is to select a target monster, track them down and hunt them. The monsters will go into various states of defence, offence, an enraged state and finally a wounded state before they go down by your hand and you can carve them up to create weapons and armour. With a huge variety of weapons and styles to choose from, there’s something for everyone in Monster Hunter Rise’s weapon roster.

In the demo, we were given a choice from the full suite of weapons in Monster Hunter, but for the first hunt against a lowly Great Izuchi, we chose the trusty Switch Axe, a weapon that we’ve used since Monster Hunter 3 Ultimate, just to check out what’s new. We’re plopped immediately onto a traditional Monster Hunter map, and this time in addition to the trusty supply box, we also have a handy marker that you’ll be able to follow towards a targeted large monster. But, this time, we can also ride our trusty Palamute pal to get around faster. We cut through the areas and began the chase. 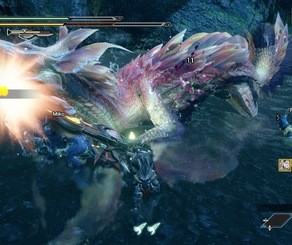 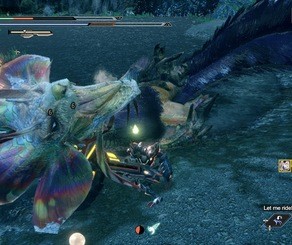 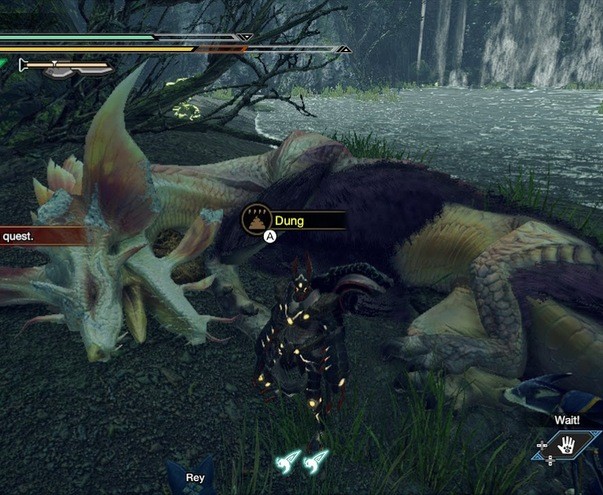 A new furry friend isn’t the only fresh thing Monster Hunter Rise has going for it, however. You may also find endemic life that will be able to give you stackable boons to things such as weapon sharpness, defence and more. Auto-crafting is making a welcome return since its introduction in Monster Hunter: World, and means you’re never finicking around in menus mid-hunt, which is always handy if you find yourself running low on supplies.

The most significant change to the game comes in the form of the Wirebug, which will allow you to zip through the air with a new mechanic named Wire-dashing, which can be sequenced into wall-running, potentially into another wire-dash. This makes traversal significantly quicker if you know how to be savvy with the Wirebug’s forgiving cooldown. The Wirebug also gives you access to ‘Silkbind’ attacks, where you aim the Wirebug and press one of the two attack buttons to perform techniques unique to your selected weapon; this can link into weapon combos. While it requires a little bit of finesse to get used to, the Wirebug gives you significantly more combat options, and opens up a new dimension of traversal and combat for every weapon not named ‘Insect Glaive’. There are hints of the team taking notes from Generations’ Aerial Style and embedding it at the heart of the Wirebug mechanic and the Silkbound arsenal that it provides you with.

The difference the Palamute and Wirebug have in tandem with your traversal experience in the lush areas present in Monster Hunter Rise’s demo cannot be understated. Gone are the long-winding slogs to find a monster, and by proxy, the chase when Monsters move between numbered areas on the map. While this makes for slimmer windows of ‘quiet’ moments in Monster Hunter Rise’s hunts, we’ve only seen a sliver of the action in this early-access demo.

But, those are not the end for Monster Hunter Rise’s myriad changes. Monster mounting, a mechanic first introduced in Monster Hunter 4, has since had a pretty significant shakeup in the form of Wyvern Riding. To get a monster into a ‘mountable’ state, you’ll need to perform a series of Silkbind or Aerial attacks on the monster. Soon after, you’ll be able to control and ride the beast, you can then launch it into a wall, or use it to roam around or attack other monsters. 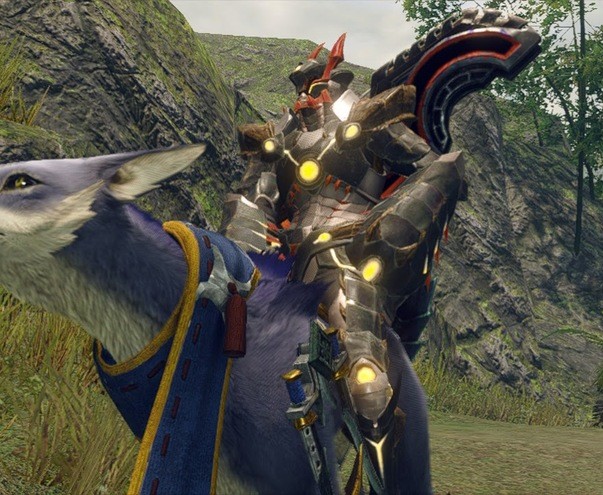 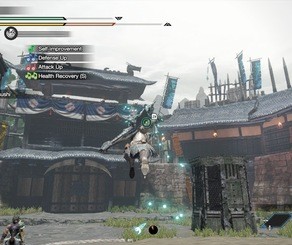 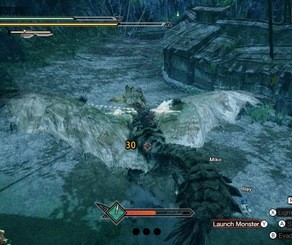 This came in particularly handy when we were faced with the Mizutsune, a water wyvern. As it ran into another area for a moment of reprieve, a Rathian appeared. Like the Turf Wars in Monster Hunter: World, the monsters will duke it out, and the Rathian was left in a mountable state, so we hopped on and controlled it, performing attacks such as the iconic tailspin, which seasoned hunters will know can easily inflict poison. As your mounting meter depletes, you’ll also be able to perform a Mounted Punisher, which will finally topple the targeted monster, and you’ll dismount, giving you a big window to deal a significant amount of damage. The spectacle is fantastic, but in practice we found the handling of monsters to be a little bit finicky in the heat of battle. Hopefully, once we’ve spent a little more time with the full game, we’ll get a better feel for this aspect of combat.

These changes make for a potent cocktail of what Capcom is cooking up for the future of the Monster Hunter series. Rise doesn’t feel like some strange offshoot of Monster Hunter; it feels like it studies the lessons learned from creating Monster Hunter: World, focusing on all the player pain-points – such as long stretches of traversal, or how easy it was to abuse the original Monster Mounting mechanics for easy damage.

After spending some time with other weapons in the demo, the game is clearly finely balanced, with some welcome changes to certain moves that the player is able to use, and more quality-of-life changes to make it that bit more accessible – especially with weapons such as the Hunting Horn. Though, this time around, your player character actually talks, which means that they will yell out when monsters are enraged, or if your health is currently running low. It often feels jarring to hear your player character speak, but this might just be a case of getting used to something new rather than it detracting from the experience of playing the game.

From our impressions and hours spent with the demo, going head-to-head against a variety of beasties and trying out a sampling of the weapons available, Monster Hunter Rise is looking like another crown jewel for the Nintendo Switch’s library. It runs beautifully in both handheld and docked modes. With impeccable attention to its moment-to-moment combat, and the experience and smoothness when traversing the world, or crafting items, there’s a clear labour of love poured into every inch of design in Monster Hunter Rise’s demo, and we cannot wait for March to roll around so we can finally start a brand-new hunt.

dagold - 23 January 2021 0
Meet the Raspberry Pi Pico, a tiny little microcontroller that lets you build hardware projects with some code running on the microcontroller. Even...

Bernie Sanders in space! These inauguration mitten memes are out of...

The Lessons of the Past Point to Rejoining the Iran Deal

Tired After Eating? 6 Tips to Boost Your Energy

The 54 best TV shows to stream on Netflix