Netflix is testing a new interface on TV that aims to make better use of the real estate on the big screen. Rather than have the title, description, preview, and other details take up the majority of the screen, the new Netflix TV interface squeezes all that information into a new card that appears when users hover over titles. It also tweaks what info is displayed, with the genre tags presented up front.

In a statement to Gadgets 360, Netflix said: “We’re always looking for better ways to connect members with shows and films that they will love. We run these tests in different countries and for different periods of time — and only make them broadly available if people find them useful.”

Since it’s a test, the new interface is restricted to select Netflix accounts, and living room devices. Gadgets 360 spotted it on an Amazon Fire TV, but it was unavailable with a different account on Android TV and Xbox One X. We will update this piece if we spot the new Netflix TV interface elsewhere.

Netflix’s current TV interface — as below — was introduced in mid-2018 and tweaked over time. It spotlights one title upfront with other recommendations available as you scroll. The new test switches that up by presenting far more titles when the app is opened, which might help members discover newer stuff quicker. It also reduces the space for previews that many find annoying.

You can also turn off auto-playing previews since February, after Netflix introduced the option. 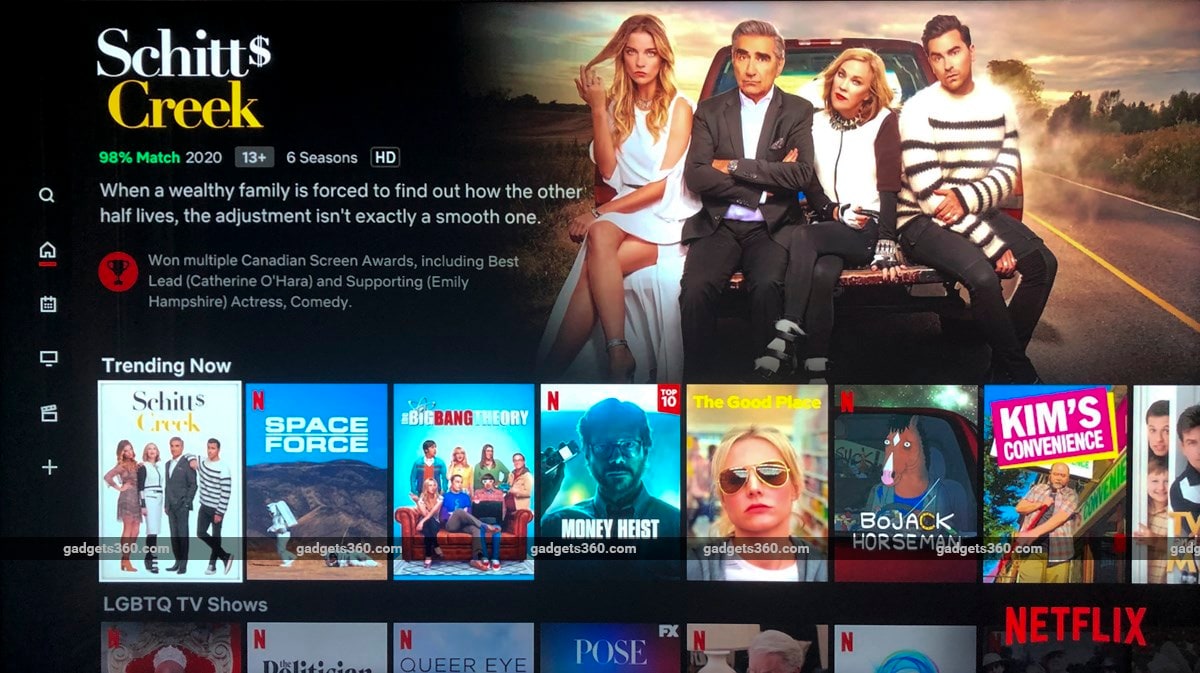 Can Netflix force Bollywood to reinvent itself? We discussed this on Orbital, our weekly technology podcast, which you can subscribe to via Apple Podcasts or RSS. You can also download the episode or just hit the play button below.

The Best Movie and Television Streaming Services in India

The best office chairs of 2021

dagold - 18 January 2021 0
MUMBAI: Rupay cardholders and those with UPI (unified payment interface) registrations will be eligible to buy health insurance for cancer and heart ailments...