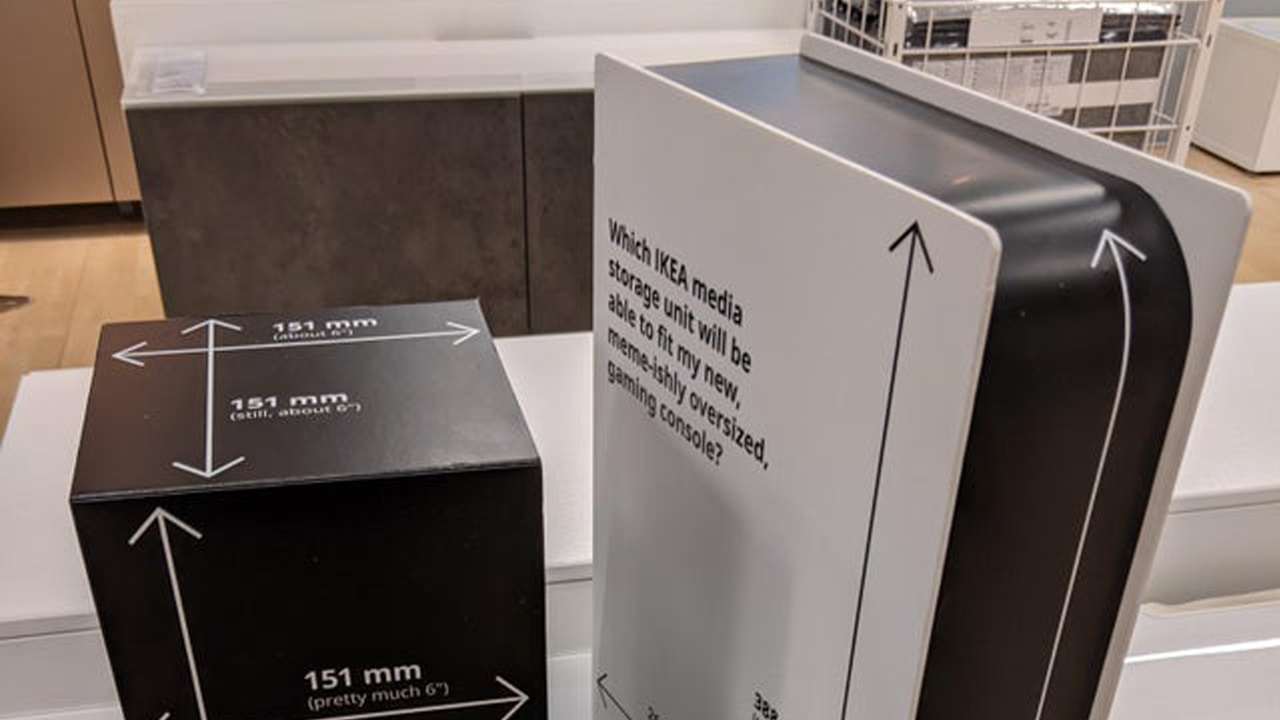 If you’re living in a cramped space with small or average-sized furniture and recently purchased a PS5, you may have noticed that the console is huge. Personally, I can’t even fit it in a convenient space, so it’s currently sitting next to my monitor, taking up a significant amount of desk space.

Ikea might already be working on making your life easier when it comes to handling the oversized console. An image on Reddit suggests that certain Ikea stores could now have mock editions of the PS5 and Xbox Series X, meaning you can place it within different types of desks, media cabinets and other furniture to ensure it fits properly before purchase.

This was revealed by Reddit user TomaccoTastesLikeGma who posted an image of the mock boxes at an Ikea store. On the side of the PS5 mockup, the text reads “Which IKEA media storage unit will be able to fit my new, meme-ishly oversized, gaming console?”

However, after browsing the internet for similar cases, I’ve been unable to find any. CNET also reached out to Ikea about the mock consoles and have yet to receive a response. Considering that this Reddit user is the only source for this mock console image, it’s possible they made these boxes themselves.

It’s also likely that it just hasn’t been fully implemented within every Ikea store yet, and we’ll slowly receive more images as the days pass. However, these Ikea mock consoles could be entirely faked. We’ll update this article when we learn more.

iMac Pro review: the most powerful Mac yet

The 5 Best CBD Oils for Dogs with Arthritis

dagold - 26 January 2021 0
This site contains affiliate links to products. We may receive a commission for purchases made through these links.CBD has become one of the...

Dogara Not Our Member, PDP Insists