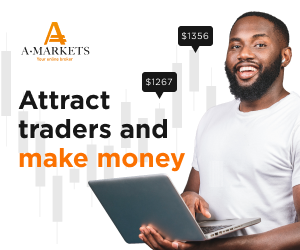 IN the name of God, Most Gracious, Most Merciful.

The Holy Qur’an, Az-Zukhruf 43:31-32 says, “Also, they say: ‘Why is not this Qur’an sent down to some leading man in either of the two (chief) cities?’ Is it they who would portion out the mercy of thy Lord? It is We Who portion out between them their livelihood in the life of this world. And We raise some of them above others in ranks so that some may command work from others. But the mercy of thy Lord is better than the (wealth) which they amass”.

On the miracle (mu’jiza) of Prophet Muhammad (SAW) over his pursuit by Suraqah bin Malik ibn Ju’shum al-Kinani, a member of the Kenanah tribe which, like Quraish, belongs to the Adnani branch of Arabs, there is a major narration by Abu Bakr, the only ally on the trip with him during Hijra to Madinah from Makkah.

It was narrated that al-Bara’ bin ‘Azib said: “Abu Bakr bought a saddle from ‘Azib for thirteen dirhams, then Abu Bakr said to ‘Azib. Tell al-Bara to carry it to my house. He said: ‘No, not until you tell us what happened when the Messenger of Allah (SAW) went out and you were with him’. Abu Bakr said: ‘We started our journey at the beginning of the night and we hastened for one day and one night until it was midday. I looked into the distance to see whether there was anywhere to seek shade, and I saw a rock, so I went to it and it had a little shade.

I smoothed the ground for the Messenger of Allah (SAW) and spread a garment of camel hair for him, and said: Lie down and rest, O Messenger of Allah. So, he lay down, and I went out to see if I could spot anyone looking for us. Then I saw a shepherd and I said: Who do you belong to, O boy? He said: To a man of Quraish. He mentioned his name and I recognised it. I said: Is there any milk in your sheep? He said: Yes. I said: Will you milk some for me? He said: Yes. I told him to do that, so he caught a sheep, then I told him to brush the dust from its teat, then to brush the dust off his hands. I had a small vessel with me on the neck of which was a cloth. He milked a little bit of milk for me and I poured it into the vessel until it cooled down.

Truly, men of knowledge that have been shown mercy by God prostrate in humility whenever they recite the Holy Qur’an that purifies their heart and soul. The Holy Qur’an, Al-Isra 17:105-111 affirms, “We sent down the (Qur-an) in truth, and in truth has it descended and We sent thee but to give glad tidings and to warn (sinners). It is a Qur’an which We have divided (into parts from time to time) in order that thou might recite it to men at intervals. We have revealed it by stages. Say: ‘Whether ye believe in it or not, it is true that those who were given knowledge beforehand, when it is recited to them, fall down on their faces in humble prostration and they say: ‘Glory to our Lord! Truly has the promise of our Lord been fulfilled!’ They fall down on their faces in tears, and it increases their (earnest) humility. Say: ‘Call upon God, or call upon Raḥman whatever name ye call upon Him (it is well) for by to Him belong the Most Beautiful Names. Neither speak thy prayer aloud nor speak it in a low tone but seek a middle course between. Say: ‘Praise be to God, Who begets no son and has no partner in (His) dominion nor (needs) He any to protect Him from humiliation. Yea, magnify Him for His greatness and glory!’”.

Since Prophet Muhammad (SAW) was sent as a mercy to the entire mankind, Almighty Allah gave him the Holy Qur’an as the ultimate miracle that serves as healing and mercy for all ages. The Holy Qur’an, Al-Nahl 16:89 testifies, “One day, We shall raise from all peoples a witness against them, from amongst themselves and We shall bring thee as a witness against these (thy people) and We have sent down to thee the Book explaining all things, a guide, a mercy, and glad tidings to Muslims”. In fact, the Holy Qur’an heals all diseases, both physical and spiritual.

In his authentic hadith, Prophet Muhammad (SAW) said: “Before me, every prophet was given a miracle and they practised it during their lifetime. Jesus used to cure the sick and make the dead alive, etc. Moses was given the stick and I have been given the permanent miracle of the Qur’an till the Hour is established, so I hope that my followers will be more in number than all the other Apostles as my miracle will last till the Day of Resurrection. And it is a Glorious Book, when anyone reads it, he is convinced that it was not written by any human being or any created thing (angels, etc) but it is from the Creator of the heavens and the earth!” (Sahih Bukhari and Muslim).

We therefore invite you to have peep into the Holy Qur’an, read it and savour the blessings of God.

May Allah grant us the will and the fortitude to accept Qur’an as the greatest miracle for all ages. Amen.

YOU SHOULD NOT MISS THESE HEADLINES FROM NIGERIAN TRIBUNE

We Have Not Had Water Supply In Months ― Abeokuta Residents

In spite of the huge investment in the water sector by the government and international organisations, water scarcity has grown to become a perennial nightmare for residents of Abeokuta, the Ogun State capital. This report x-rays the lives and experiences of residents in getting clean, potable and affordable water amidst the surge of COVID-19 cases in the state…Miracles of Holy Prophet  Miracles of Holy Prophet

How Adetunji Made over N20million in 2021 from Football Trading. Click Here to Join his team

MONEY MAKING OPPORTUNITY- We will pay you in naira or dollars(whichever you prefer) directly to your designated bank account as you will earn from one or a variety of businesses we invest in, ranging from Real estate, Agriculture, Transportation, Construction, Metals, Crude oil, Aviation, Hospitality etc. Click here for full details