The Boys get winter started with John Carpenter’s The Thing 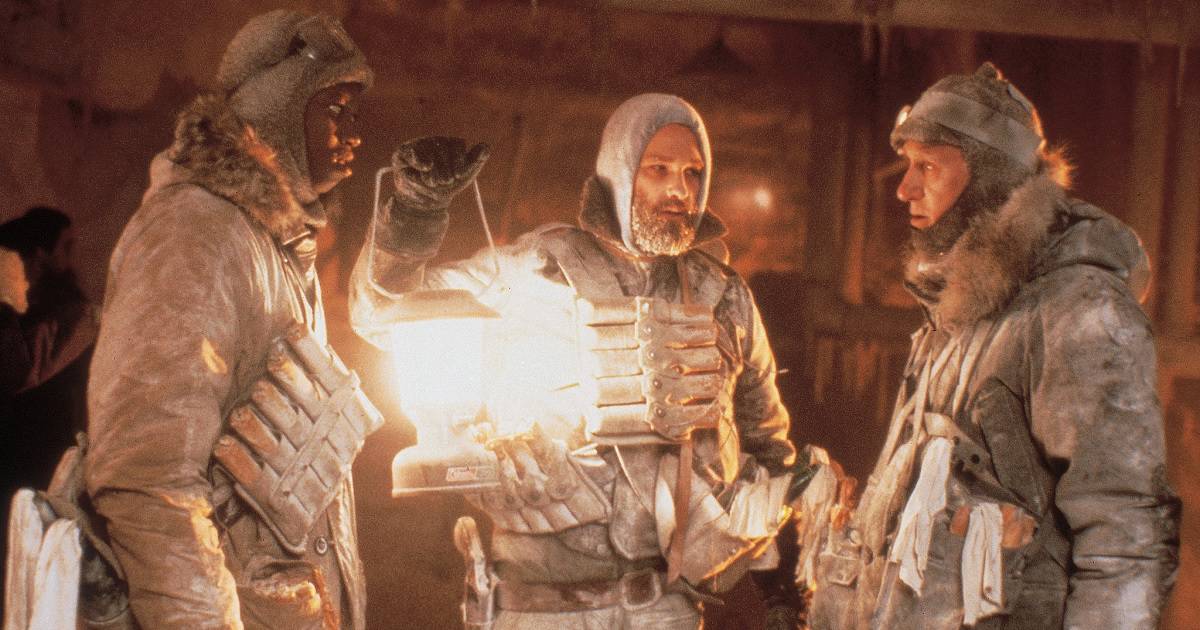 This Wednesday brings the official start of winter in the Northern Hemisphere, and The Manson Brothers Show, which is hosted by the writers/stars of the horror comedy The Manson Brothers Midnight Zombie Massacre – Chris Margetis (Stone Manson) and Mike Carey (Skull Manson) – is here to mark the occasion with director John Carpenter’s 1982 classic The Thing (watch or buy it HERE), which happens to be set during the first week of winter. To find out what the Manson Brothers have to say about The Thing, check out the video embedded above!

And yes, we know that since The Thing takes place in Antarctica that the “first week of winter” it depicts is actually happening in June, but just let us have our fun.

Carpenter directed The Thing from a screenplay by Bill Lancaster, which was based on John W. Campbell Jr.’s 1938 novella Who Goes There? (You can find out more about the adaptation HERE.) The film has the following synopsis:

In remote Antarctica, a group of American research scientists are disturbed at their base camp by a helicopter shooting at a sled dog. When they take in the dog, it brutally attacks both human beings and canines in the camp and they discover that the beast can assume the shape of its victims. A resourceful helicopter pilot and the camp doctor lead the camp crew in a desperate, gory battle against the vicious creature before it picks them all off, one by one.

Here’s some information on The Manson Brothers Show: At long last, The Manson Brothers (Stone and Skull Manson) bring their lunacy to The Arrow in the Head Show YouTube Channel! The brothers discuss all manner of topics ranging from bad ass movies, bad ass music, and bad ass women, and much, much MORE!! Get ready to laugh, probably cry and just have some good times with Stone and Skull on THE MANSON BROTHERS SHOW!!

The couple of the episodes of The Manson Brothers Show can be seen below. To see more, and to check out the other shows we have to offer, head over to the Arrow in the Head Show YouTube channel… and subscribe to the channel while you’re there!

You can watch or purchase The Manson Brothers Midnight Zombie Massacre HERE.

All The Stars – Hollywood Life