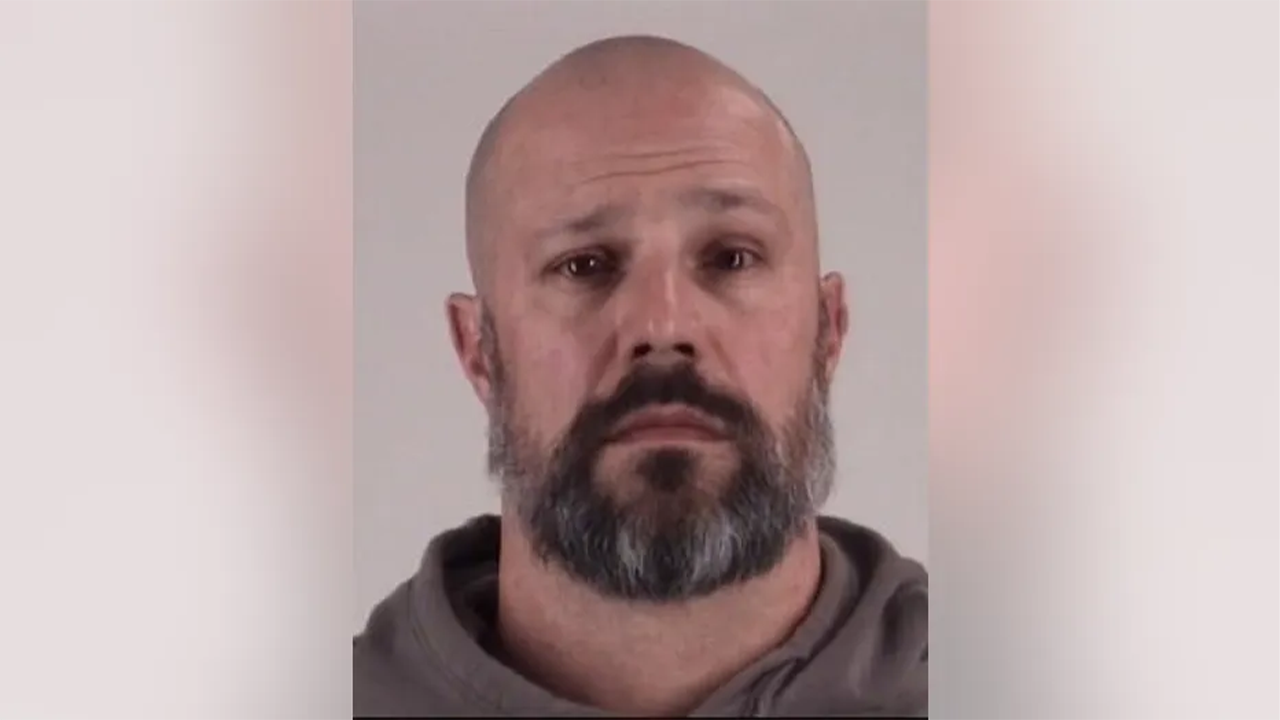 A high school teacher and football coach and a local youth pastor were among the 46 men arrested in a massive undercover prostitution sting in Texas, local and federal authorities announced.

Roughly a dozen law enforcement agencies participated in the 2-day operation on Jan. 12 and 13 at the Hilton at Southlake Town Square and the Hyatt Regency near Stonebriar Centre in Frisco, Texas.

The men allegedly arranged online to meet at the hotels where they intended to pay for sex, authorities said. In Texas, the solicitation of prostitution is considered a felony and is punishable with up two years in prison and a $10,000 fine.

Although the names of the 46 suspects have not been released, the Lewisville Independent School District confirmed Marcus High School teacher and football coach Cecil Tim Morrison was among them.
(Tarrant County Sheriff’s Office)

Those arrested also included a volunteer firefighter, a semi-professional hockey player, and the director of operations for a large hospital network in Texas.

Cecil Tim Morrison, a teacher at Marcus High School and the football team’s offensive coordinator, resigned after his arrest for solicitation of a prostitute, according to the Lewisville Independent School District (ISD).

Amanda Brim, Lewisville ISD’s Chief Communications Officer, said Monday that Morrison was placed on administrative leave when the district was made aware of his arrest, and last week, he submitted his resignation.

“We have no indication the circumstances of his arrest involved students,” Brim said.

Fort Worth youth pastor Lamarcus Strickland was also arrested, according to the Tarrant County Sheriff’s Office.

According to federal officials in the Dallas branch of Homeland Security Investigations, one of the 46 men was Fort Worth pastor Lamarcus Strickland.
(Tarrant County Sheriff’s Office)

“The victims of these heinous crimes are treated like commodities, used to make as much money as possible, as quickly as possible,” Tarrant County Sheriff Bill Waybourn told Fox 4. “Those who traffic victims are the scourge of the earth, and we will continue to target those responsible for the trafficking and those who solicit sex from them.”

Often commercial sex workers are the victims of sex trafficking because they are either underage or were forced into the role, Dallas branch of Homeland Security Investigations special agent Lester Hayes explained to Fox 4.

“By targeting those involved in this crime, we hope to disrupt this activity and provide assistance to human trafficking victims by getting them connected to the advocates and resources they need,” said Hayes.

Awareness of sexual trafficking and exploitation have grown immensely in recent years, heightened by a handful of high-profile cases.

In June, Texas officials participated in a three-week operation, known as “Operation Lost Souls.” Officials in El Paso, Midland, Ector and Tom Green recovered 70 children ranging in age from 10 to 17 who were victims of sex trafficking, physical and sexual abuse, according to a press release from the Department of Homeland Security.

Anyone who is a victim or has information about other local sex trafficking cases is urged to call the National Human Trafficking Hotline at 1-888-373-7888 or text HELP or INFO to BeFree (233733).

Sarah Rumpf is a Fox News Digital Production Assistant. You can reach her on Twitter at @rumpfsarahc