HomeEntertainmentShocking Verdict In Trial Of Woman Accused Of Killing Stepfather Over Nude...
Entertainment 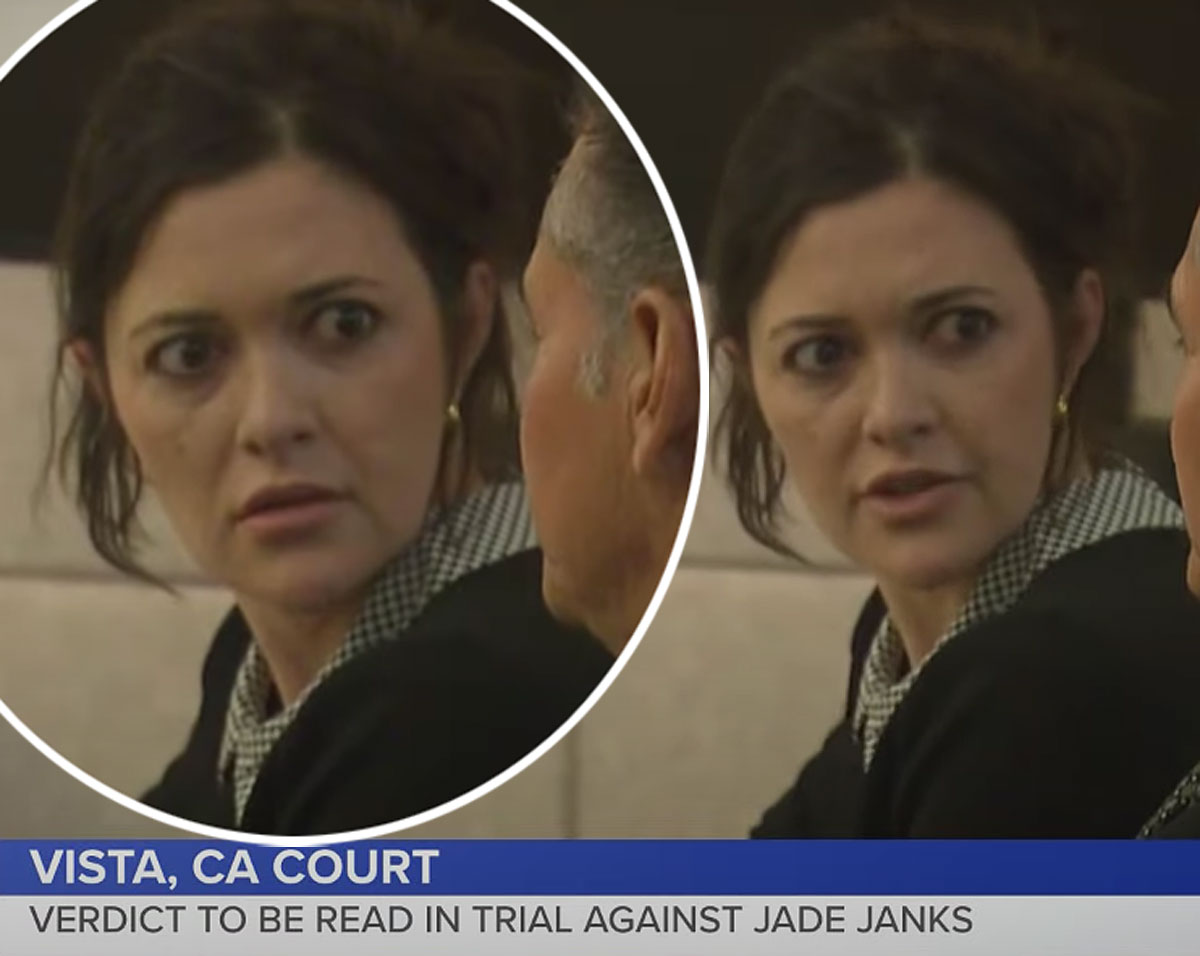 A verdict has been reached in the case against Jade Janks — and it’s completely taken her by surprise.

As we reported earlier this month, Janks was accused of planning her stepdad Thomas Merriman‘s murder after she found her own nude photos from a decade prior on his computer. Prosecutors say she poisoned him with sleeping pills then suffocated him.

The case was pretty strong — especially due to messages Janks sent to friends saying things like “I just dosed the hell out of him” and “I am about to club him on the head as he is waking up.” It’s like she gave them the play-by-play.

The 39-year-old took the stand on Friday and said the messages — in which she asked for help hiding a body — were “taken out of context”. However, under oath she did admit to “covering up” her stepfather’s death, claiming he took too many prescription pills by mistake.

On Wednesday the jury returned with their decision — Janks was found guilty of the first degree murder of the 64-year-old after only one day of deliberation. She faces 25 years to life and will be back in court on April 3 for her hearing.

After the verdict was read, Janks looked shocked and whipped her head around to her attorney. It definitely looks like she wasn’t expecting it! There was plenty of evidence, but we guess maybe she felt like the circumstances would get her more sympathy than they did?

You can see the exact moment she heard the verdict (below):

Reactions, Perezcious readers? Were you as surprised as she was?? Let us know in the comments (below)!

Ben Affleck Was Over The Grammys, But NOT Because Of Jennifer Lopez?

Top 10 Players with the most goals for one club in Europe’s top five...