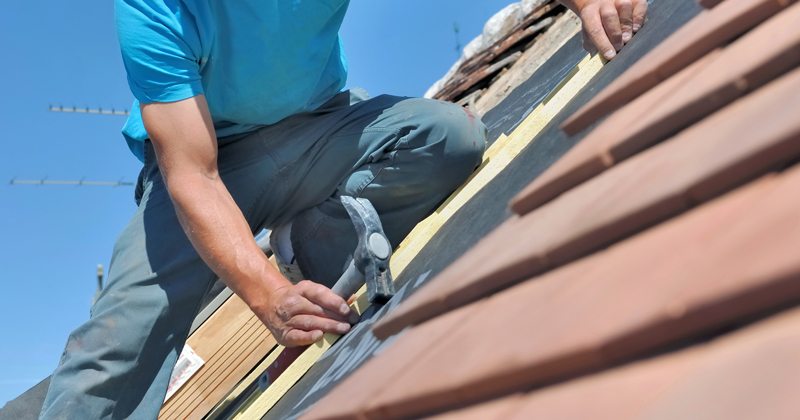 More from this theme

Government officials have escalated the risk level of school buildings collapsing to “very likely”, after a rise in reported “serious structural issues” and failing to get extra capital cash from the Treasury.

School blocks collapsing is one of the six “key risks” currently facing the Department for Education, according to its annual report published today.

It states: “There is a risk of collapse of one or more blocks in some schools which are at or approaching the end of their designed life-expectancy and structural integrity is impaired.

“The risk predominantly exists in those buildings built in the years 1945 to 1970 which used ‘system build’ light frame techniques.”

Dealing with school building safety has now even been “escalated” to a board of permanent secretaries from across government departments.

“The likelihood of the school buildings safety risk increased in October 2021 due to the increased numbers of serious structural issues identified,” the accounts read.

The impact and likelihood of problems are “unlikely to reduce in 2022, as there was no agreement to increase condition funding or the scale of the rebuilding programme” at the 2021 spending review.

The DfE says it is prioritising schools “where this clear evidence this risk is present” in the recently opened round of its school rebuilding programme.

These helped to rapidly expand the school estate as pupil numbers soared, and their condition “varies greatly”, affected by age, construction type and maintenance history, it adds.

Previous DfE analysis found some 14,000 school blocks date to the 50s and 60s alone, and would cost an estimated £4.4 billion to repair or replace all defective elements.

It equates to more than one in five of the 64,942 blocks across 22,031 schools surveyed – though the analysis did not include the number of those which are “system builds”. Another 793 blocks were built in the 1940s.

DfE: Nowhere with an ‘imminent risk to life’

Firefighters were called to a school in London earlier this year after the top half of a brick tower next to a sports hall collapsed onto the roof. There were no reported injuries.

But the latest report states that at time of publication, “there are no open schools or college buildings where we know of an imminent risk to life”.

The DfE’s annual report adds that “effective life expectancy of buildings can be extended by careful monitoring and maintenance”. The DfE said it provided funding to trusts, councils and voluntary-aided school bodies, where responsibility “principally” lies.

But the report also reveals a £469 million underspend on capital budgets in 2021-22, “primarily due to slippage of school building programmes driven by challenging issues in the construction market”.

Schools Week reported last week more than half of the schools nominated for rebuilds because buildings risk “imminent closure” missed out in the recent school rebuilding programme round.

Meanwhile other “key” risks identified by the department more widely in the report include the cost of supporting pupils with high needs, despite extra funding.

The growing shortfall is “making the future SEND and alternative provision (AP) system unsustainable and threatening the overall financial stability” of local authorities.

Another key departmental concern is a “loss in public confidence in the fairness of exams”. The risk level was raised from “critical to crisis” last October.

It says lost confidence could flow from unspecified “disruption to education”, “widening gaps in attendance for examination cohorts”, “reducet student and workforce attendance” or decisions to cancel or implement additional measures in one or more of the devolved authorities.

This could result in “calls for government to cancel exams, broaden the scope of existing adaptations, or implement a differential approach to grading”.

Cyber-security and growing attainment gaps are further worries, including deprived, vulnerable or particular areas’ children not recovering from the impact of Covid.

Another concern is for vulnerable children’s attendance and attainment, including attendance which “cannot be explained by directly permissible Covid-19 related absences”.

There is a risk the education recovery package is “insufficiently targeted to meet the needs of vulnerable children and young people”, particularly those in special/alternative provision settings.

Share
Facebook
Twitter
Pinterest
WhatsApp
Telegram
Previous article
Feud Still On? Michelle Williams Gets Oscar Congrats From SOME Dawson’s Creek Co-Stars – But Not That One!
Next article
20 Best Leggings for Lounging and Working Out: lululemon, Alo Yoga, Nike, Everlane, Spanx and More

Ministers criticised as 200,000 eligible children in England miss out on...