Oof! Nick Cannon’s Baby Momma LaNisha Cole Gets SHADY As He Poses For Holiday Pics With Other Kids! 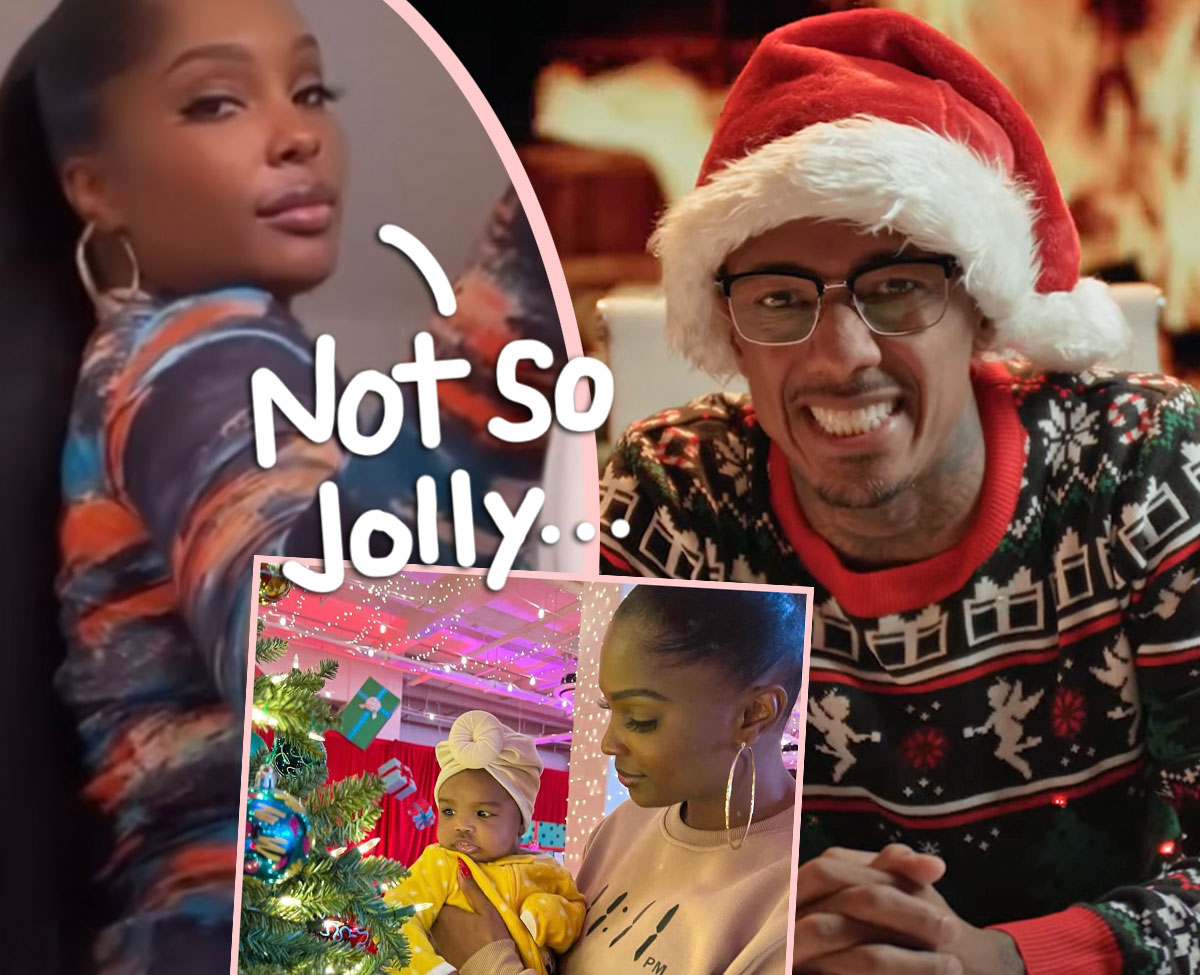 Is Nick Cannon gonna get a bag of coal for Christmas? Perhaps from THIS baby momma!

Over the weekend, the Wild ‘n Out host’s baby momma LaNisha Cole, with whom he shares 3-month-old Onyx — seemingly shaded the f**k out of him and another baby momma while commenting on his interactions with his other children!

The drama went down on Instagram over the weekend. To kick things off, Abby De La Rosa posted a series of Christmas-themed photographs of herself, her 1-year-old twins Zion and Zillion, and her 1-month-old daughter Beautiful Zeppelin, and their pops, Cannon. They truly looked like the happiest little family — ch-ch-check it out!

Holiday vibes are on point!

They were also sentimental pics to Abby for another completely different reason. In her IG Story, she revealed the snaps were shot less than two weeks after she gave birth to her youngest, so she was experiencing some insecurity around her body. She explained:

“I didn’t want to post all out of pure insecurity with my body. I’m sad that I haven’t had grace for myself and allow that to get in the way of sharing my family with you all. I had 3 kids in 23 months. I’m working on being more proud of my body rather than ashamed.”

Unfortunately, though, not everyone was such a fan of the shoot! Seemingly after being sent the post from several fans, LaNisha took to her Instagram Story on Sunday to clap back at the holiday pics, writing:

“There’s no need to mention me or send anything to my dms. It has nothing to do with me… and no need to be messy. It’s all love over this way Happy holidays to you and your family!

Actually, she did want to get a little messy! The model followed up with a major dig at the Masked Singer host’s parenting style – and a separate dig at Abby! She continued:

“Thank you for the messages. It’s important for me to keep things positive and maintain my peace in the midst of it all. It’s not easy but I have to do it for my daughter. She is incredibly blessed and is surrounded by so much love – and it’s not fake IG photo op love – it’s real day in and day out love.”

Kudos to her for being a badass single momma — that’s no small thing! But her clap back sure sounds a bit salty to us! But we know, we know. She should have seen this coming. After all, Nick’s about to be the dad to 12 children! He doesn’t have time to show any of his kids “real day in and day out love,” sadly. This shouldn’t have been a surprise to LaNisha, but she can still be bummed about it!

Related:  Kevin Federline & Jamie Spears Are Working On A Book About Fatherhood!

Interestingly, the rapper is well aware of this dilemma. In an episode of The Checkup with Dr. David Agus last week, the former daytime talk show host opened up about the one thing that haunts him as a father, revealing:

“Being a father of multiple kids, it’s always the biggest guilt on me is that I don’t get to spend enough time with all my children. One ’cause I’m constantly working and two because I’m just spread thin.”

As Perezcious readers know, he also shares 11-year-old twins Monroe and Morrocan with ex-wife Mariah Carey. There’s also Rise, Golden, and Powerful Queen with Brittany Bell. He and Bre Tiesi share newborn Legendary Love. Nick was also dad to baby Zen, who died last December of cancer, with Alyssa Scott, who is currently expecting his twelfth. So, “spread thin” seems like an understatement when you add in his many work obligations, too!

Back in June, the artist seemed sure he could handle the unique parenting setup, telling Men’s Health:

“Contrary to popular belief, I’m probably engaged throughout my children’s day, more often than the average adult can be. If I’m not physically in the same city with my kids, I’m talking to them before they go to school via FaceTime and stuff. And then when I am [in the same city, I’m] driving my kids to school, like making sure I pick ’em up. All of those things, making sure [I’m there for] all extracurricular activities. I’m involved in everything from coaching to having guitar lessons with my daughter every week.”

With almost a dozen (!!!) mini-mes to look after now, it seems like he’s starting to feel strained! Then you add in some messy mom drama… and, welp, things are bound to get complicated. Thoughts? Do you think LaNisha has a reason to be shady or not?! Sound OFF (below)!

Kelsey Harris Testifies That Meg Hooked Her Up With Tory Lanez