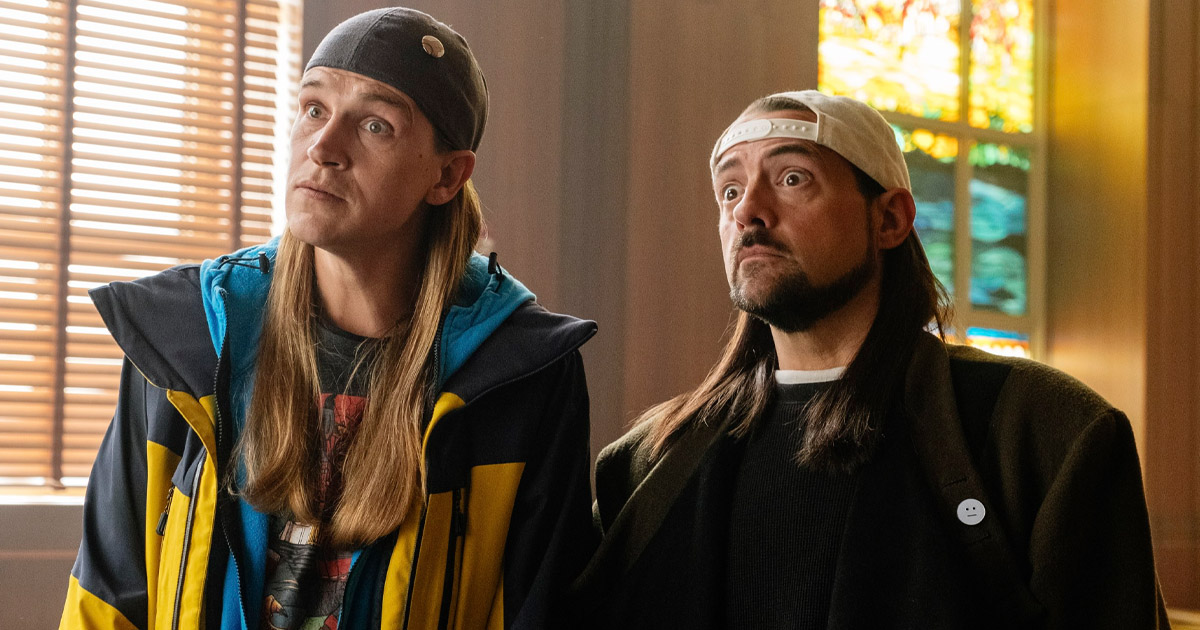 The killer moose movie Moose Jaws has been brewing in the mind of Kevin Smith for several years now. The project, which has always been described as simply “Jaws with a moose“, was meant to wrap up Smith’s True North Trilogy, which began with Tusk and continued with Yoga Hosers… but for some reason, it has proven to be more difficult to get Moose Jaws into production than its predecessors. The Moose Jaws problem may have been solved, as during a recent convention appearance Smith gave a positive update on the long-awaited horror film.

Speaking at GalaxyCon in Columbus, Ohio, Smith revealed that Moose Jaws is expected to be one of the next five movies he makes and will be a continuation of the working relationship he has established with Lionsgate. As he explained, “(Moose Jaws) is a movie I’ve been threatening to make for a long time, and but thanks to the good folks at Lionsgate it’s actually going to happen. The reason Clerks III got made is, Lionsgate had home video on Jay & Silent Bob Reboot. They didn’t have theatrical, that was Saban and overseas it was Universal, but Lionsgate had home video. Which to me is streaming, but Lionsgate still makes DVDs and Blu-rays and steelbooks, physical media. So four months after the physical media release of Jay & Silent Bob Reboot, we got a phone call from the people at Lionsgate and they were like, ‘We sold so many copies of Jay & Silent Bob Reboot on DVD and Blu-ray that if you have any more of this Jay and Silent Bob bullshit and you can make it for under eight million dollars, we’ll totally do it. And I was like, ‘I am filled with nothing but Jay and Silent Bob bullshit!’ I’ve got this movie called Clerks III that they’re in, and I’ve got this movie called Moose Jaws.” And since Smith believes he can make Moose Jaws for just $3 million, it looks like it’s going to be moving ahead at Lionsgate.

As for the other four movies Smith is planning to make, those are a Mallrats sequel (and Lionsgate is working with him to finally get Universal to push that one into production), a project called The 4:30 Movie that he plans to film in the movie theatre he recently bought in his hometown, the Tusk sequel Tusk$, and a “ten years later” sequel to Jay & Silent Bob Reboot. Oddly, he didn’t include Red State 2 as an upcoming project, even though he recently said Lionsgate had asked him to make that sequel as well. Maybe it’s sixth down the line.

Moose Jaws takes place at a Saskatchewan summer camp called Camp Antlers, and Smith has said that the script closely follows the structure of Jaws, with a camp counselor (possibly to be played by Harley Morenstein) as the Brody type and Genesis Rodriguez’s Tusk character Ally Leon as the Hooper type. Johnny Depp’s Tusk and Yoga Hosers character Guy Lapointe is expected to be in the film in some capacity. Smith had drafts of the script where he was the Quint stand-in and drafts where Jay and Silent Bob were the Quint stand-ins… and it sounds like Lionsgate might prefer the Jay and Silent Bob version.

Are you looking forward to Moose Jaws? Let us know by leaving a comment below.

Groundbreaking Abortion Drama “If These Walls Could Talk” Coming to HBO...