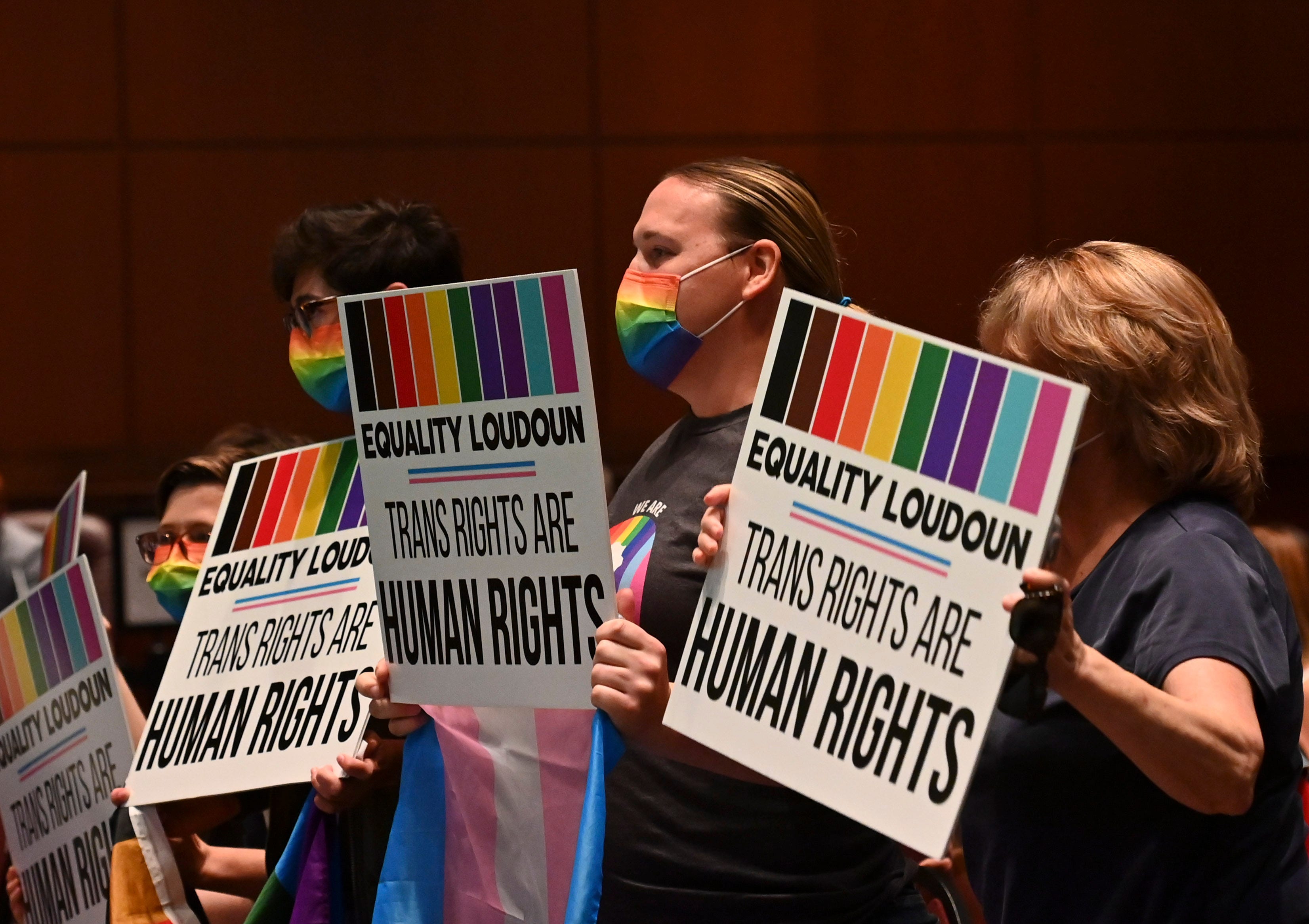 Hundreds signed a petition calling for a ban on “hate speech” at school board meetings after one parent quoted the Bible in his public comments criticizing the board.

At the December 13 school board meeting, many parents demanded board members resign, in the wake of a grand jury report that indicted the former superintendent and another school official for their handling of sexual assaults.

The school’s transgender policy has been a focal point of criticism by parents after two female students were sexually assaulted by a boy wearing a skirt in 2021.

During the public comment section, one speaker accused the board of promoting “immoral” behavior that was against God’s “design” and “natural order.”

Supporters of Policy 8040 celebrate with signs as the transgender protection measures were voted into the school systems policies during a school board meeting at the Loudoun County Public Schools Administration Building on August 11, 2021 in Ashburn, Va.
(Photo by Ricky Carioti/The Washington Post via Getty Images)

“[LGBT] behaviors should never have been promoted, taught, or encouraged in the schools that you oversee,” Mark Winn said, before paraphrasing Jesus in the Gospels.

“If any man or woman causes one of these little ones to stumble, it would be better for [them] if a millstone to be put around your neck and thrown into the lake,” Winn said, adding, “Get back to reading, writing and arithmetic and quit grooming and pimping.”

Pihonak’s petition currently has 873 signatures and says comments like Winn’s “empower people to commit acts of violence” against the LGBTQ+ community. 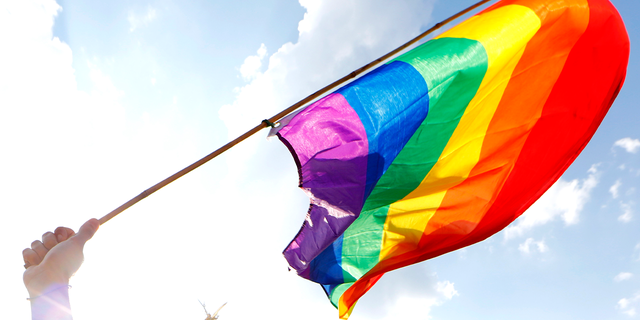 “Hate speech incites violence, yet if it occurs, the Loudoun County School Board procedurally has to listen to it during public comment, say ‘thank you’ to the inciter, and then stream it for all to hear on their website. During the School Board meeting on December 13th, A man said that people in the LGBTQ+ community are better off with ‘millstones around their necks at the bottom of a river.’ Many people in the audience cheered,” the petition reads.

“Platforming hate speech like this empowers people to commit acts of violence against oppressed groups of people, and causes people like me in the LGBTQIA+ community to be bullied (often into suicidal ideation or suicide), tortured, and killed. I demand policy in the School Board that requires them to cut off a person speaking during public comment the second hate speech is spoken,” it concluded. 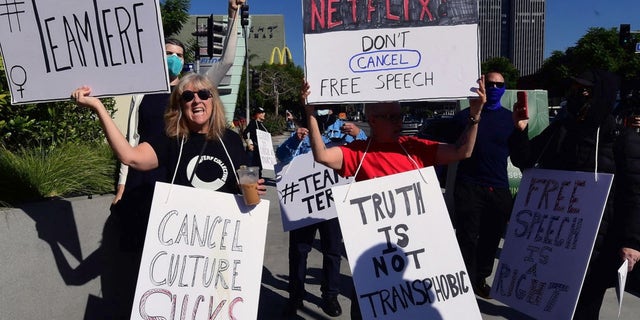 Counterprotestors gather outside Netflix Headquarters on October 20, 2021 in Los Angeles, California to protest freedom of speech in comedy as protestors demand accountability for Dave Chappelle promoting hate speech in his comedy special.

But Winn said the Bible shouldn’t be considered “hate speech.”

“To the best of my knowledge, words of God, words from the Bible have never been considered hate speech,” he said to Fox News Digital. “So I was rather taken aback by it.”

The Loudoun resident said since that meeting, people have been “making threats” against him online and trying to hurt his business.

The school board’s current policy expects speakers to show “civility, decorum and respect” and “refrain from vulgarity, obscenities, profanity or other like breaches of respect for the dignity of the School Board or other people.”

The LCPS did not respond to Fox News Digital’s request for comment.