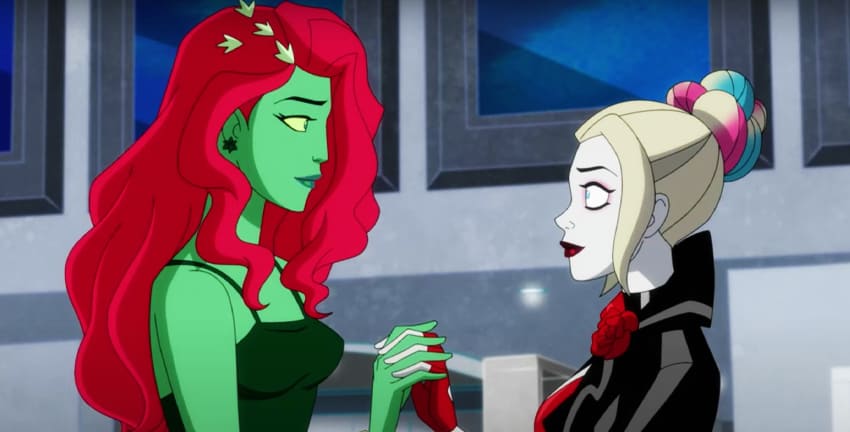 Valentine’s Day is quickly approaching, and no matter your thoughts on the day of love, it’s hard to deny that most of us could use a little affection, even super villains. HBO Max has released the trailer for Harley Quinn: A Very Problematic Valentine’s Day Special, a standalone 44-minute episode of the acclaimed animated series.

The third season of Harley Quinn found Harley and Ivy returning to Gotham City as the newest power couple of DC villainy. Along with their ragtag crew – King Shark, Clayface, and Frank the Plant – “Harlivy” strives to become the best version of themselves while also working towards Ivy’s long desired plan of transforming Gotham into an Eden paradise. Although Warner Bros. Discovery has cut quite a number of shows on HBO Max, Harley Quinn has survived. The series was renewed for a fourth season last year, which is expected to debut on the streaming service later this year.

In addition to her animated counterpart, we’ll also be seeing Harley Quinn back on the big-screen, but not played by Margot Robbie. The upcoming Joker sequel, Joker: Folie à Deux, will find Lady Gaga starring alongside Joaquin Phoenix, and it’s expected that she will be playing Harley Quinn. Margot Robbie has expressed her happiness that someone else is taking on the role. “It makes me so happy because I said from the very beginning is all I want is for Harley Quinn to be one of those characters,” Robbie said, “the way, like, Macbeth or Batman always gets passed, you know, from great actor to great actor.” Robbie continued, “It’s kind of like someone gets to do their Batman, or someone gets to do their Macbeth or someone, you know? And I feel like in not so many cases are there female characters.” The actress added that “It’s such an honor to have built a foundation strong enough that Harley can now be one of those characters that other actors get to have a go at playing. I think she’ll do something incredible with it.“

Harley Quinn: A Very Problematic Valentine’s Day Special will debut on HBO Max on February 9th. You can also check out a poster for the special below. What did you think of Harley Quinn’s Valentine’s Special trailer?