Love Bombing Is Dangerous—Here’s How To Avoid It 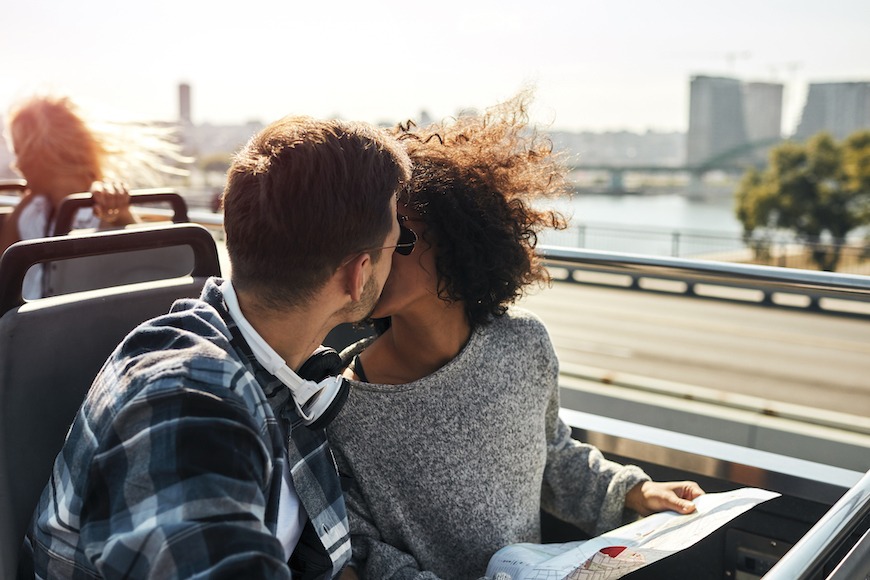 Have you ever felt like things were too good to be true with the person you’re dating? At the very beginning, perhaps they showered you with compliments, attention, and, in general, made you feel as special. But as soon as you felt comfortable settling into this new normal, your partner flipped the script. You, my friend, may be the unfortunate target of a love bomb.

A love bomb refers to the form of emotional manipulation in which a person—and often a narcissistic person—“bombs” you with an over-the-top amount of affection, flattery, gifts, and praise early in the relationship in order to win over your attention for the purpose of being able to control you. “People with narcissistic personality disorder typically have such a low sense of security in themselves that they get their self-esteem from external validation,” says therapist Mallory Grimste, LCSW. “Since they feel so out of control, they try to control others in order to feel better about themselves.”

A love bomb refers to when a narcissistic person “bombs” you with an over-the-top amount of affection, flattery, gifts, and praise early in the relationship in order to win over your attention for the purpose of being able to control you.

But it’s tough to notice the early signs of love bombing since it generally takes place during the portion of a narcissistic person’s abuse cycle when things are great, says Grimste. (Remember, narcissistic folks do tend to be charming for a period of time.)

So below, experts outline the love-bomb signs to look for in any relationship. Because you definitely don’t want your heart mixed up in one of these highly manipulative situations.

1. Your partner makes you believe you could do “better”

It’s normal for your partner to want the best for you, but that doesn’t mean criticizing everything in your life in the name of “helping you out.” According to licensed psychotherapist Michele Paiva, a love-bomber expresses what they love about you by placing you on a high pedestal, but when they want more of your attention, they’ll knock down people or things in your life to make you believe you deserve more.

“It’s all in the form of a compliment to you. For instance, they’ll tell you that your sneakers are all wrong, and they’ll teach you how to shop for them,” says Paiva. “Their romance is based on making themselves the hero of every page of their fairy tale that they are trying to create.”

2. They say what you want to hear

A love-bomber does everything in their power to get you on their side, including telling you exactly what you want to hear, even if that means bending the truth. This form of manipulation points reflects the love-bomber’s willingness to do anything to control the situation as a way to ensure they’re receiving affection and attention.

3. You receive expensive gifts—and know how much they cost

Of course, giving gifts isn’t inherently bad. But rather than spoiling you just because, a love-bomber will make you feel indebted. Love-bombers view gift-giving as an exchange, meaning they give to get, says Grimste. “By telling their romantic interest how much they spend on them, they are quantifying their investment in and value of the person,” she says.

Compliments are great, but when a love-bomber is doling them out, they come with a price. “Quid pro quo is the manipulator’s mantra. They know that if they continually compliment, sooner or later, you’ll feel obligated to compliment back—even if you don’t feel like doing so,” says Paiva.

Furthermore, the endless complimenting puts you at risk for being conditioned by the compliments themselves. “You start to become molded into what they want and what they need,” Paiva says, noting that developing this craving for adoration provides the love bomber with control that may lead to you isolating yourself from other people in your life.

In addition to the constant complimenting, a love-bomber will probably shower you with physical and digital affection. Think: Touching you and using warm body language in front of your loved ones and posting romantic-leaning posts on Instagram. “They are showing everyone concrete proof that you are ‘into’ them. This form of love bombing is a gaslighting setup to make you seem like a jerk once you try to pull away after you’ve been publicly syrupy yourself,” says Paiva.

6. Your partner may make you believe you did something wrong (when you haven’t)

Ah, gaslighting. Narcissistic people who throw love bombs use this tool to make you feel guilty or confused. “They’ll make you believe that you are responsible for their poor boundaries or behaviors,” says Grimste. “Since they haven’t developed a strong sense of self, any uncomfortable emotions, like fear of not being liked or loved, can feel intolerable. Making this discomfort your fault makes it your responsibility to fix, she adds.

7. You’re expected to supply the affection they want

They expect to always sit next to you, touch you, and see you when they want. And the minute you don’t reply to a text message or mention that you’re too tired to hang out on a given night, they “won’t just get mad, but take things to the extreme,” says Grimste. “[They may] threaten to end the relationship, telling you that you don’t value the relationship, or, in extreme situations, threaten harm to you, loved ones, or even themselves.”

8. That walking-on-eggshells feeling is common

This is another sign you’re dealing with a first-class love-bombing narcissistic person. Perhaps you tried to set personal boundaries, and your S.O. reacted emotionally, leaving you to tread lightly moving forward. “When the victim eases up on showing affection to their significant other who is love bombing, the victim gets berated or has to deal with dramatics in some way,” says Paiva. “They’ll walk on eggshells because anything else will be ‘punishable.’”

Being aware of these signs of love bombing can help you get out of the relationship sooner than later. Because if it feels too good to be true, there’s a good chance it probably is.

If you or someone you know is in an abusive relationship, please seek help from the National Domestic Violence Hotline at 1-800-899-7323 or thehotline.org

How Abortion Access Changed in 2022—And What’s to Come