Execs from Nvidia and Equinix on Scaling AI

The boss of a Russian mixed-martial arts tournament has sensationally hooked two combatants midfight because they were too boring – and UFC boss Dana White is loving it.

The fight was a quarterfinal lightweight bout between Ali Bagov and Rashid Magomedov at Friday’s ACA 141 event in Sochi, Russia.

The late stage of the tournament should have generated plenty of energy and desire to win, but both fighters were slammed after just standing there for four of the scheduled rounds.

The ACA founder Mairbek Khasiev just disqualified Ali Bagov and Rashid Magomedov for being too boring. 😵

MMA continues to be wild.
pic.twitter.com/5NvW5tDV8I

‘The ACA League is not a kindergarten,’ Khasiev told the live crowd after disqualifying both fighters, according to MMA website Bloody Elbow.

‘It is a serious league.’

Khasiev continued: ‘The ACA League today, is — regardless of what anyone says — is the second greatest fight league in the world.

‘Every time I say this, someone comes out with some sort of criticism. And now we are showing you what sort of league we really are.

‘That’s it. Disqualified. That’s it, I’ve had it, I got no nerve for this. What is this? What the f*** are you — what are you? Do you think we’re schoolboys over here!? 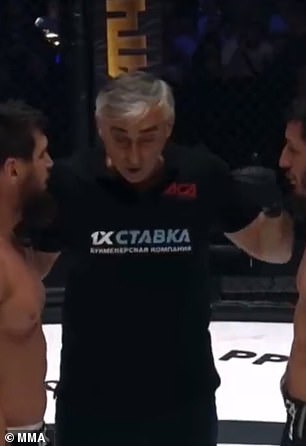 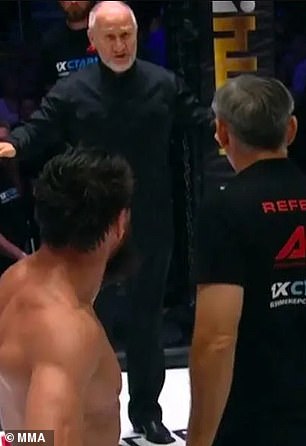 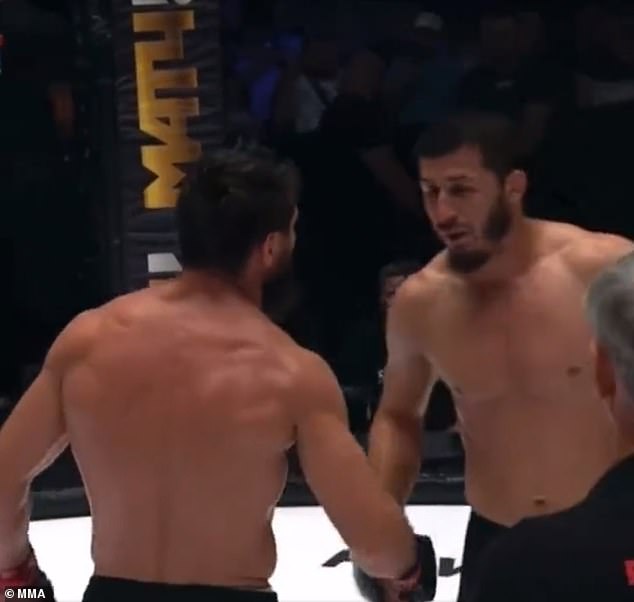 It has also been reported that Khasiev refused to pay the two fighters.

The shocking intervention of the Russian fight boss didn’t escape the attention of UFC boss White, who was heartily impressed by his efforts. 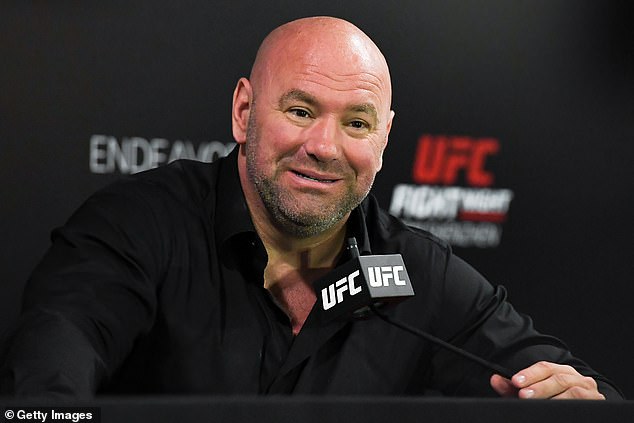 ‘Was it really a boring fight? [laughs] Well, it gives me some f**king ideas for next Tuesday. Believe me, there’s been days that I’ve wanted to throw a chair in there.’

The UFC has had its fair share of criticism over fights lacking entertainment and explosives, particularly those involving Israel ‘The Last Stylebender’ Adesanya.

In four title defences involving Adesanya, four of them have gone the distance. He is also tied for the second-lowest finish rate amongst all current UFC champions. 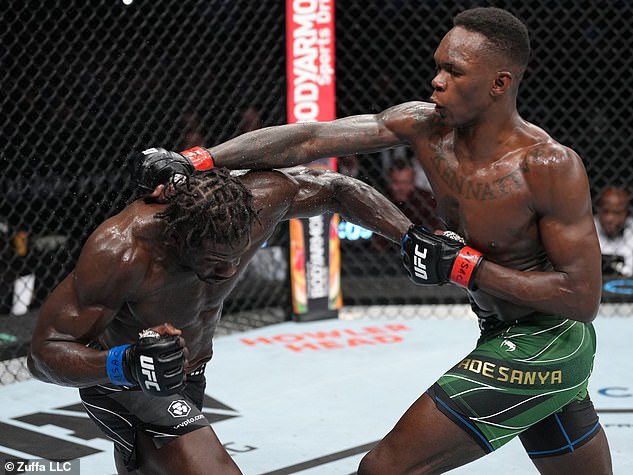 While White was impressed by Khasiev’s actions, he conceded it was the wrong thing to do – so it is unlikely you will seem hook Adesanya from the octagon anytime soon.

‘But yeah, you just gotta sit there and take it or get up and go to the back and sit in your own room. One of those two things is probably what the guy at ACA should’ve done.’