Even though we know that Diablo IV will not be releasing anytime soon, it helps to learn more about the next entry in Blizzard’s dungeon-crawling franchise. We got a closer look at the fourth class of the new entry, the returning Rogue, and the excitement is real. As familiar as the formula is, there are also some new changes coming to Diablo IV. The game will take place in a shared open world, which will be alarming for some players. On occasion, other players might be sighted in your game, however, it is a choice whether you interact with them or not. This extends to PvP in Diablo IV as well. Everywhere is safe, except for specially marked zones in the game called the Fields of Hatred.

Of course, PvP will definitely have its rewards in Diablo IV. If you love the series, then you obviously love loot. PvP can most certainly offer players that.

In a preview by PC Gamer, the game director and art director of Diablo IV, Luis Barriga and John Mueller, shed more light on how the PvP will work in Diablo IV. In addition, the BlizzConline 2021 opening ceremony also elaborated more on the system. The details are quite enlightening.

Within these zones, players can obviously cause harm to other players. However, it is not the only things you can do. There are other PvE activities available in the Fields as well. Events, bosses, and plenty of loot await.

Players can even attempt these challenges together, provided you do not turn on each other during it. 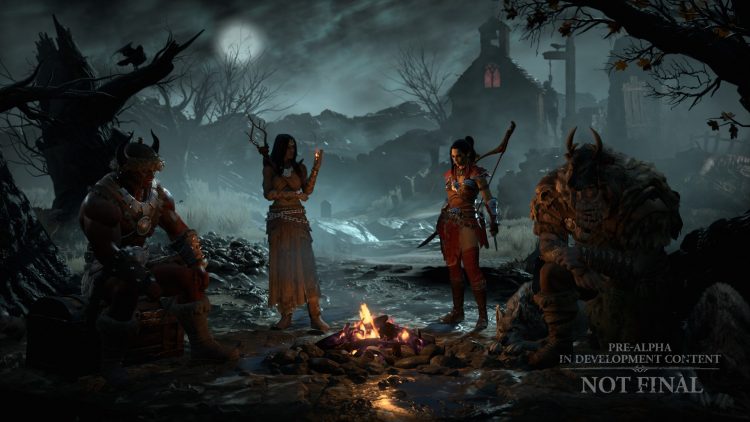 Taking a huge chance like this requires some incentive. That will come in the form of a currency called Shards of Hatred. These Shards can be obtained for doing certain activities in the PvP areas of Diablo IV. You can be killing monsters, completing events, murdering other players, and even opening chests. Once you have them, you will need to purify them at altars before use.

The ritual is not straightforward though. Attempting to cleanse these Shards will instantly mark you as hostile in the Fields of Hatred. This will allow non-hostile players to attack without being tagged themselves. Instantly, you become the center of unwanted attention. Die, and you will lose all your Shards.

The risk is going to be worth it. Once purified, these Shards stay in your possession even in death. They can then be spent on items from special vendors, which include the sale of costumes, weapons, and even mounts. While said items might not be overpowered, but they do represent your prowess in the PvP areas of Diablo IV.

Blizzard is not holding players’ hands in PvP. It has been designed in a way that the playing field is never truly level. It will take all of your wits and skills to survive out there. Being adaptable is key to your wellbeing. 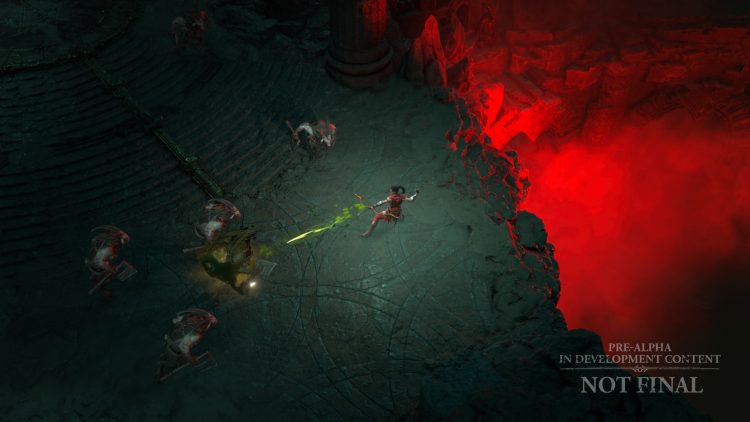 A viable strategy need not always be about constant combat. For Mueller, sneaking into the Fields of Hatred, engage in some PvE activities, and getting out before being detected is his preferred way of getting Shards. If you have played Ubisoft’s The Division series, it is just like heading into the Dark Zone.

For those who really want to embrace PvP in Diablo IV, the Vessel of Hatred system is right up your alley. The system will mark the location of the most notorious player killer in any PvP area. If you can take them out, you will get a bonus.

It is important to note that while you only lose Shards in death during PvP, hardcore characters are permanently dusted even in this mode. Diablo IV is making no exceptions.

Diablo IV still does not have a set release date. However, if you are in need of a quick fix, there is always Diablo II: Resurrected coming later this year.

Slocap is focusing on the single-player experience for Sifu

Neurodeck Is Like ‘Slay The Spire’, But You’re Battling Your Own Fears – And It’s Coming To Switch Next Month

Is This Hot Hyundai Hot Enough?

A Trippy Visualization Charts the Internet’s Growth Since 1997

40 of the best games on Nintendo Switch