Setting the Stage: Not even a global pandemic can stop the band, the myth, the legend that is GWAR. The intergalactic barbarians just released a remastered 30th anniversary edition of their seminal Scumdogs of the Universe album, and what better way to commemorate this momentous event than a streaming concert on Halloween eve?

For those not keeping up with the GWAR universe, following the tragic death of Oderus Urungus (Dave Brockie) in 2014, Blöthar the Berserker (Michael Bishop) took over lead vocals. Many fans originally know Bishop as the man behind bassist Beefcake the Mighty from 1988-1994 but this time around he returned from Scumdoggia as Blöthar to keep the GWAR machine ticking. While there’s no denying Oderus’ iconic status as GWAR’s frontman, the metal act has always had a rotating cast of characters since its inception in Richmond, Virginia, in 1984.

A definite highlight was the encore, which included “Cool Place to Park”, originally sung by Bishop on Scumdogs. As Blöthar, Bishop does have a more operatic, heavy metal vocal style than Brockie, who came from a punk-rock background. On classics like “Sick of You”, Bishop’s version did take some getting used to, but he does bring an interesting flavor to it. In a chatroom, a fan commented “that scatting was pretty tight” referring to the extra flourishes Bishop was adding during “Sick of You”.

One of the cool non-Scumdogs performances in the setlist was “The Private Pain of Techno Destructo” from 1997’s Carnival of Chaos. Techno Destructo (Hunter Jackson) is GWAR’s longtime arch nemesis sent to destroy the band. Joined by the other Destructos, Jackson intruded on the performance to try to kill the band and sing his lament. This led to a flurry of comedic violence as only GWAR can present, not to mention a great rendition of the song. 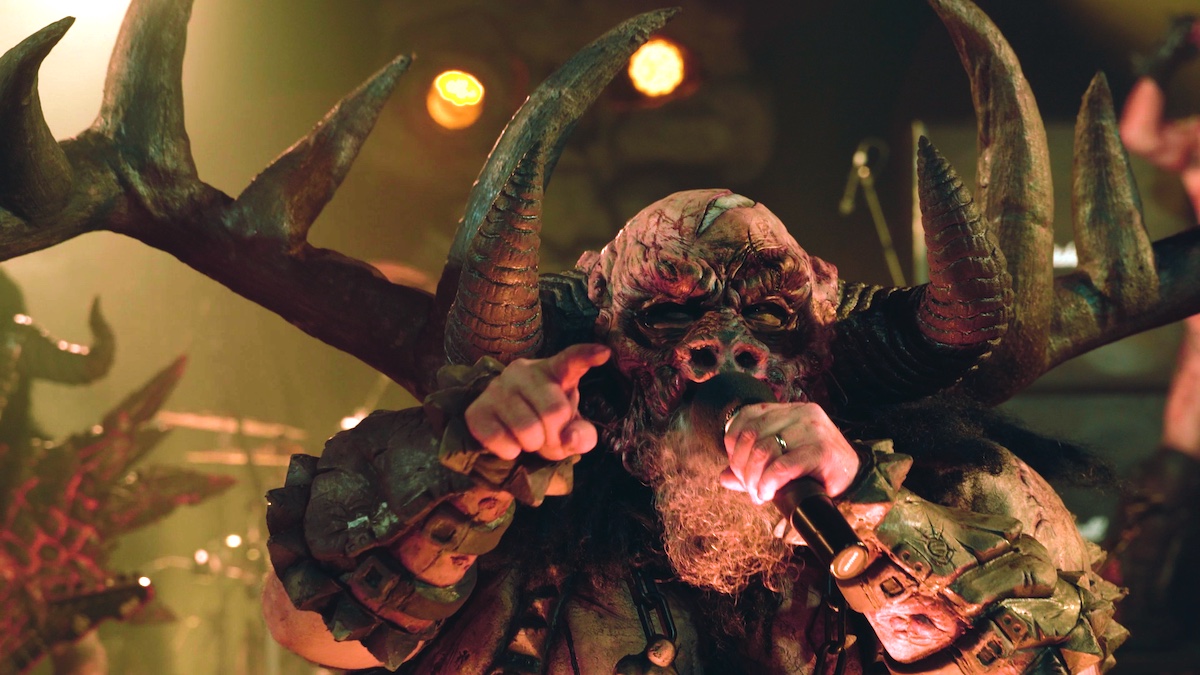 Another surprise was the presence of Slymenstra Hymen (Danielle Stampe), who is not considered a current member of the GWAR lineup. Stampe came out during the performance and ran around the stage whipping and humping on random slave pit lackies as she has a tendency to do. The one female member of GWAR, Stampe was prominently featured in the 1990 performance of Scumdogs included during the pre-show footage, so she was a welcome addition to the live performance dressed in her spiky Viking attire.

For the final song of the evening, the band’s “manager” Sleazy P. Martini (Don Drakulich) provided lead vocals on “Slaughterama”, the mock gameshow where the only prize the contestants win is death at the hands of GWAR. This song is a crowd favorite due to the copious amounts of fake blood sprayed by the puppet victims onto the crowd. The blood was certainly spraying, but since this was the quarantine version of GWAR, viewers had to provide their own fake blood if they really wanted to get into the spirt of things.

Some may argue that there are no original members in GWAR, but Derks, Roberts, and Bishop all played on the original recording of Scumdogs of the Universe. The album was GWAR’s first release for Metal Blade Records and is considered by many to be the LP that cemented their place in heavy metal history. Thus, the presence of Derks, Roberts, and Bishop, along with Drakulich, Stampe and Jackson (who founded GWAR along with Brockie) definitely gave an authenticity to the performance of the songs.

GWAR, being GWAR, had no problem addressing Brockie’s death during the performance. One of the victims in the “Slaughterama” performance was wearing a RIP David Brockie shirt. Likewise, in a short sketch during the pre-show, Techno Destructo, bent on his mission to kill GWAR, is informed that Oderus is already dead. If it wasn’t GWAR we were talking about, one might call this bad taste, but what do you expect from a bunch of intergalactic barbarians?

Setlist:
The Salaminizer
The Years Without Light
Sexecutioner
Black and Huge
Vlad the Impaler
Death Pod
Maggots
Love Surgery
Horror of Yig
King Queen
Sick of You
The Private Pain of Techno Destructo
U Ain’t Shit

Screengrabs of GWAR streaming concert, directed by David Brodsky for My Good Eye: 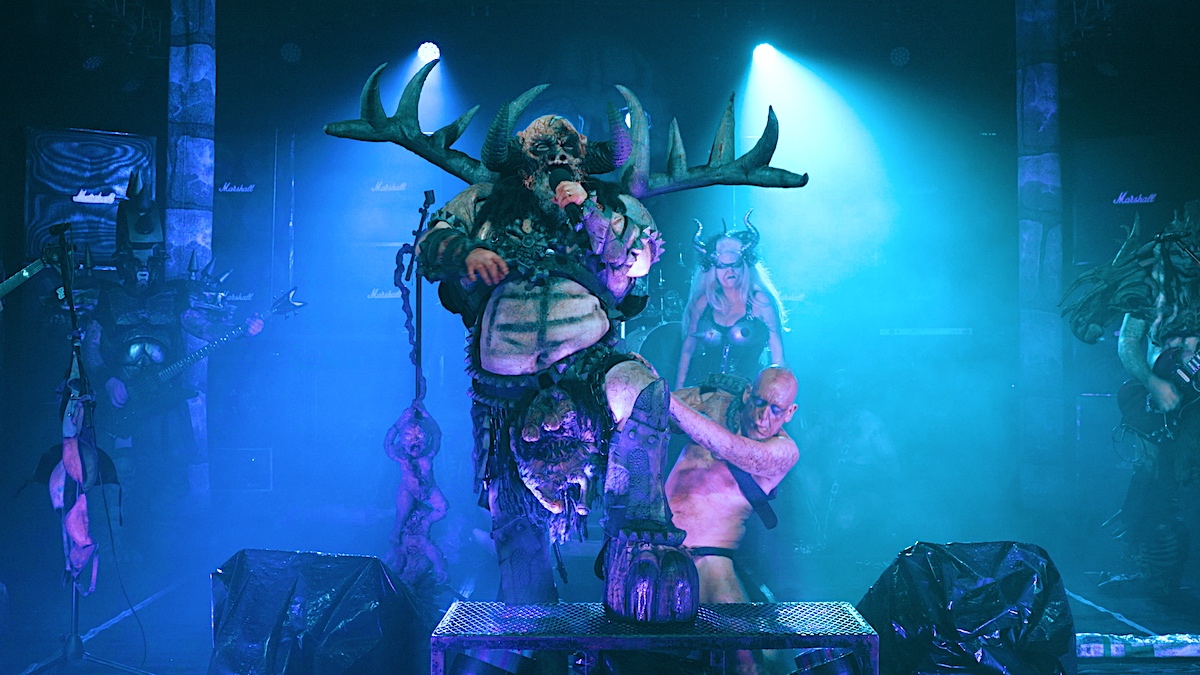 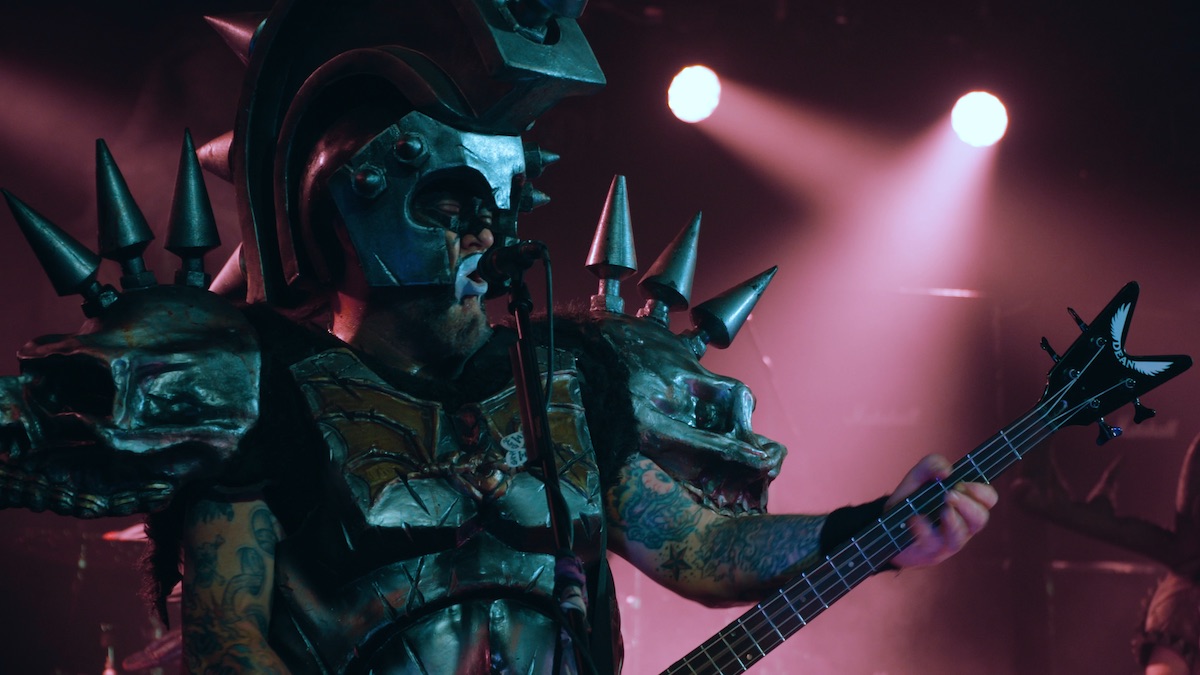 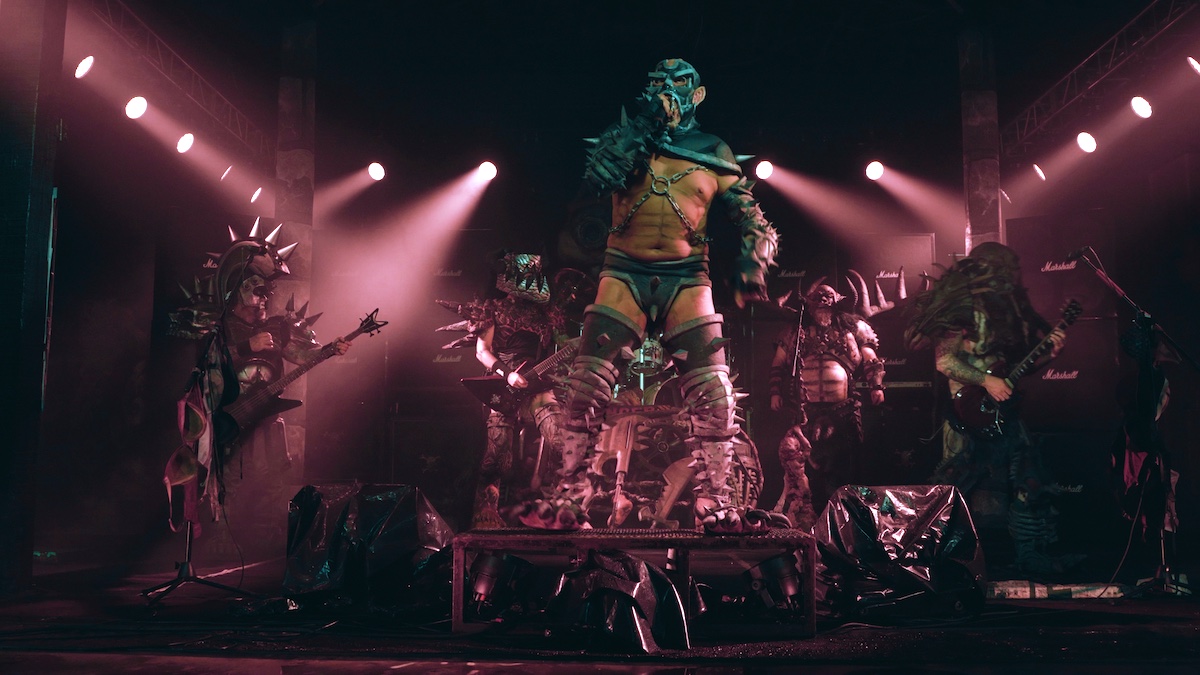 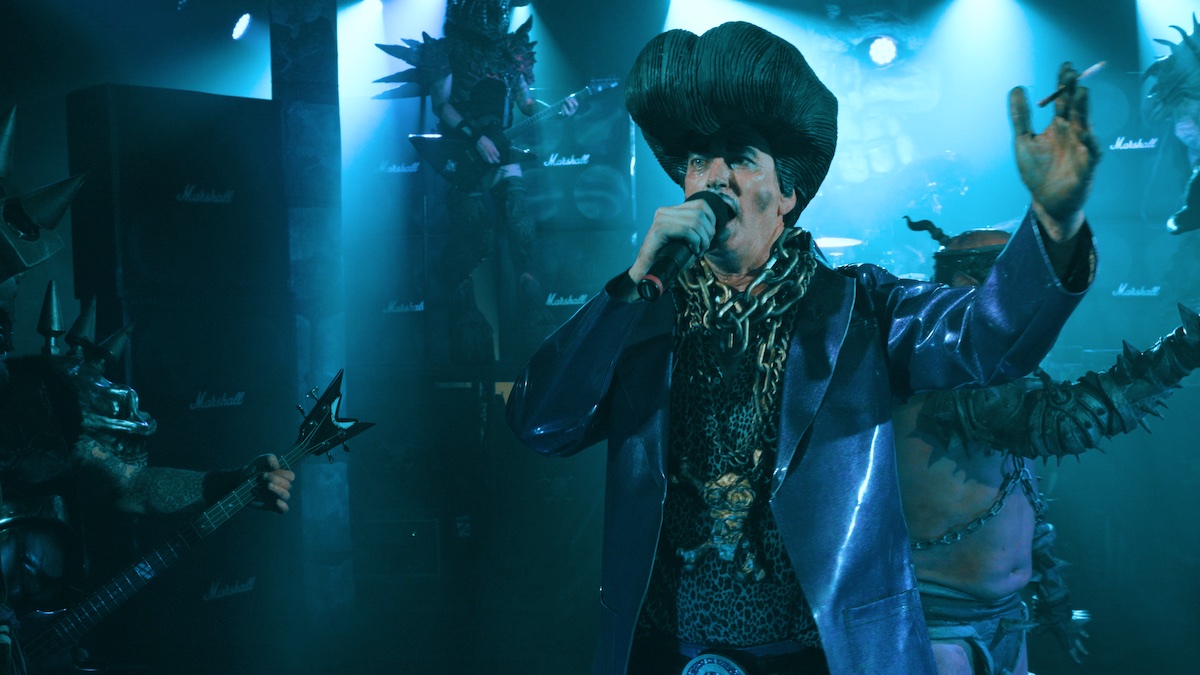 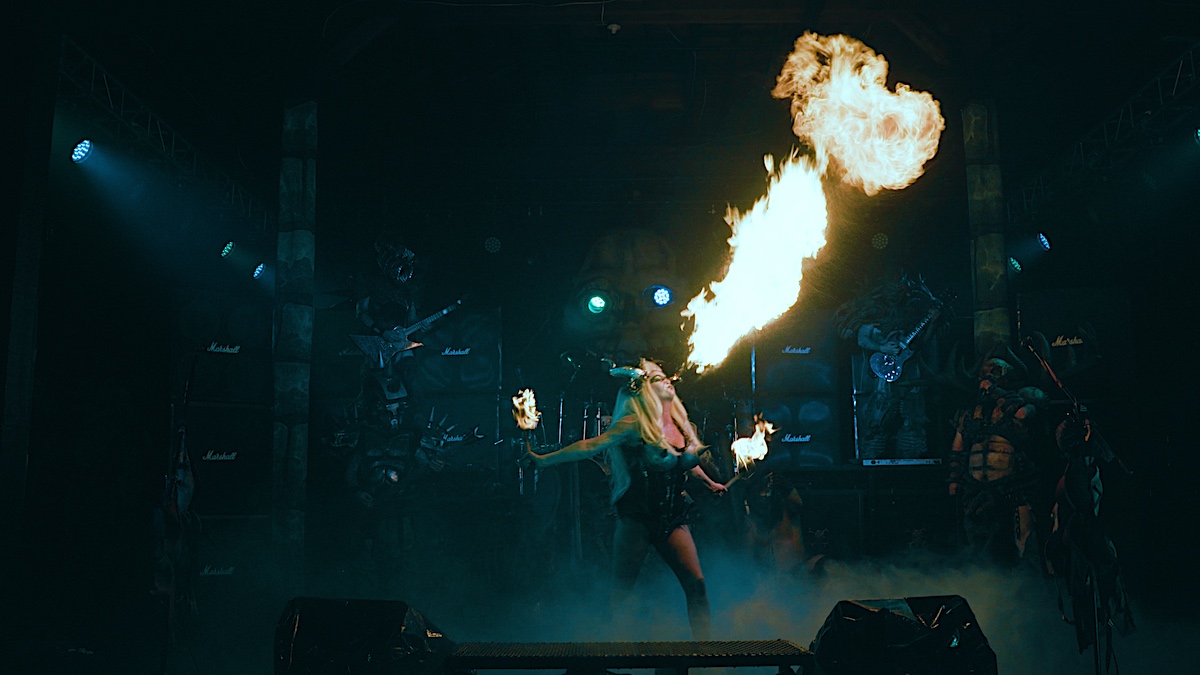 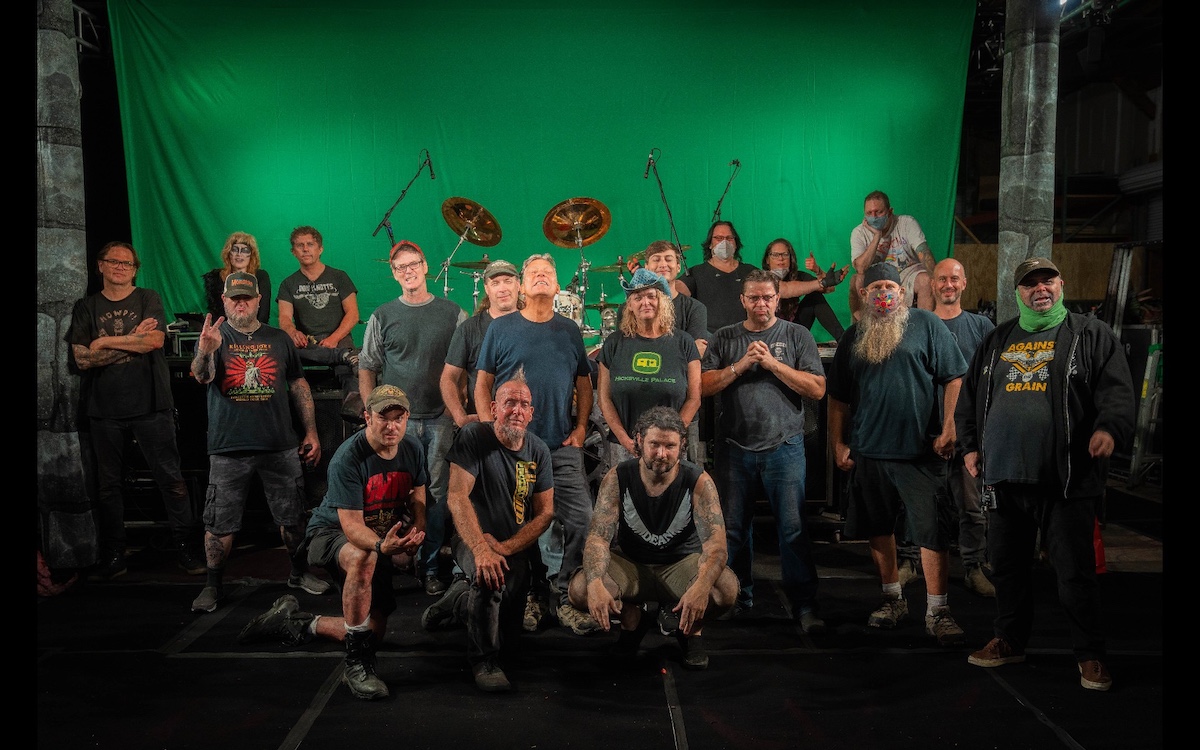 Oppo Sensible TV Launching in October; Could Are available in 55-inch...

dagold - 28 November 2020 0
Oppo Sensible TV has been confirmed by the Chinese language firm to be launching subsequent month. The event was shared throughout Oppo Developer...

XSEED Video games Reveals That Sakuna: Of Rice and Break Has