Gold Coast winger Treymain Spry has been cleared of all wrongdoing after an alleged off-field incident left him with life-threatening injuries on the eve of the season.

According to a Courier Mail report, Spry got into a verbal altercation with his ex-girlfriend after he was out with his current partner in Brisbane‘s Fortitude Valley entertainment precinct a fortnight ago.

In response, the ex-girlfriend’s partner is alleged to have launched a coward punch on the emerging NRL talent, allegedly leaving his career in serious doubt.

It is understood that Spry suffered a fractured skull and bleeding on the brain as a result of the alleged incident. 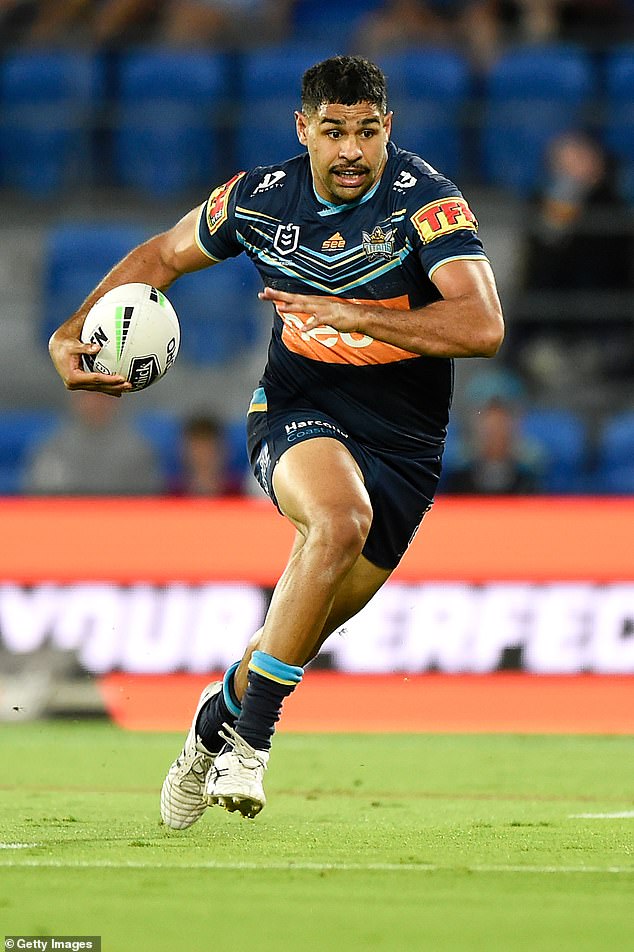 Spry is a promising young winger who’d played five NRL games for the Gold Coast Titans. It is not clear if he will make a full recovery and his NRL future is in doubt

Spry continues his long recovery from the alleged attack at home as the Gold Coast club confirmed the incident and cleared him of any wrongdoing.

‘As per media reports, the Gold Coast Titans can confirm Treymain Spry is recovering from an off-field incident,’ the Titans said.

‘Treymain has been cleared of any wrongdoing by Queensland Police and the NRL Integrity Unit.

‘As the matter is now before the courts, the club will make no further comment at this stage.’

Spry has been cleared of any wrongdoing by Queensland police. A Brisbane rugby player has been charged with grievous bodily harm in connection with the alleged attack and is due to appear in the Brisbane Magistrates Court on April 11. 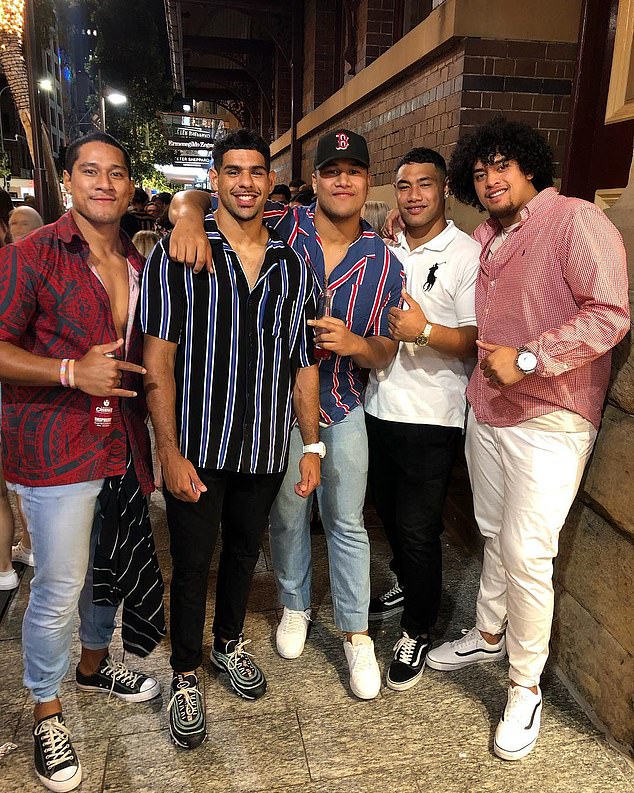 Tremaine Spry (second from left) during happier days enjoying a night out with friends. He faces a long recovery from the injuries he sustained in the alleged attack

During their preseason draw with Brisbane last month, the 22-year-old scored twice to work his way into Justin Holbrook’s top squad. It is unclear when – or if – Spry will be able to return to NRL training.

‘The club has brought it up a little bit, but to be honest we didn’t know too much about it,’ he said.

‘They just said he was having dramas and we didn’t really know the extent and then we found out.

‘Trey, if you are listening brother, I just want to wish you a speedy recovery and hopefully you get well soon man and hopefully we see you around the club.