Five orangutans were released back into the wild in West Borneo after they were all rescued from captivity. Sadly, their mothers had been killed so that the babies could be captured and sold on the black market as “pets.”

Prior to their release, the orphaned orangutans had spent years undergoing rehabilitation at an orangutan center in Ketapang, West Borneo. 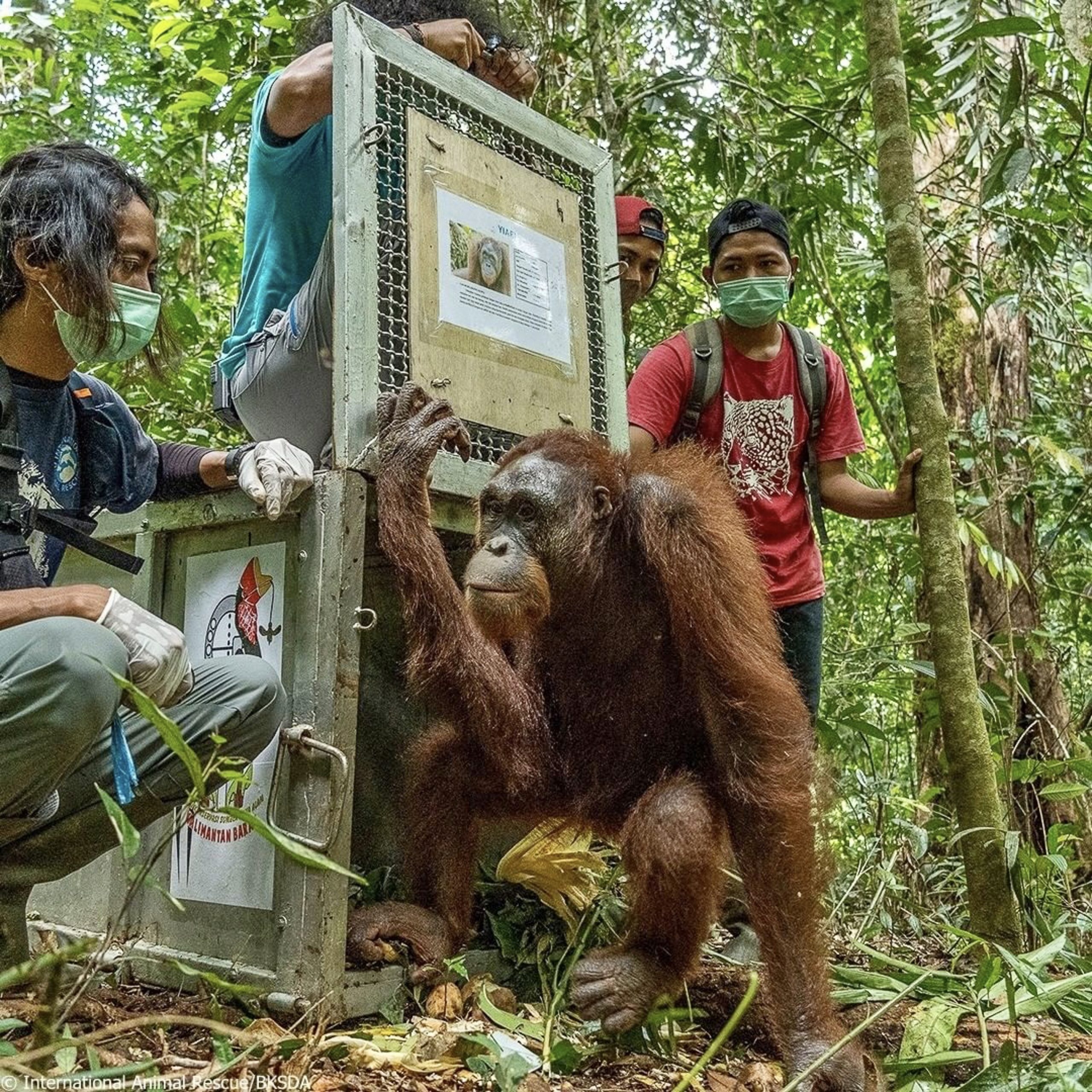 The release was carried out by the Natural Resources Conservation Agency for West Kailmantan (BKSDA), the Bukit Baka Bukit Raya National Park (TNBBBR) and a team from International Animal Rescue (IAR) Indonesia. 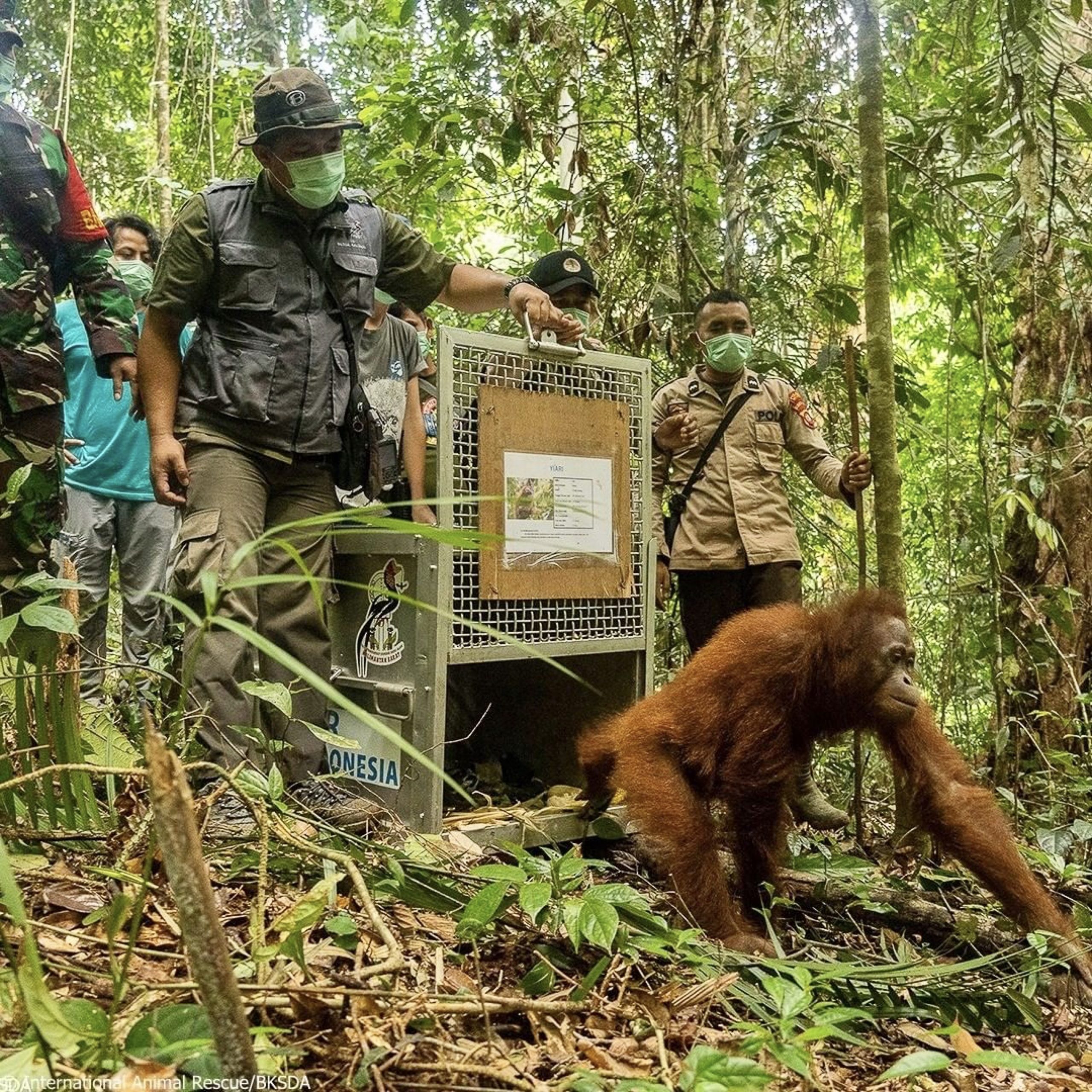 Isin was the most recent orangutan to be rescued from Kayong Utara district in 2017, while Puyol had spent the longest time in the IAR rehabilitation center, having been rescued in the Kendawangan area in 2010. Jacky was rescued from the Muara Pawan area in August 2013, Beno from the Simpang Dua area in 2015, and Oscarina was rescued from Pontianak in 2011.

The rehabilitation process is not always straightforward and can take some considerable time, depending on the circumstances and needs of the orangutan. Rehabilitation is necessary to develop the orangutans’ ability to survive in their natural habitat. 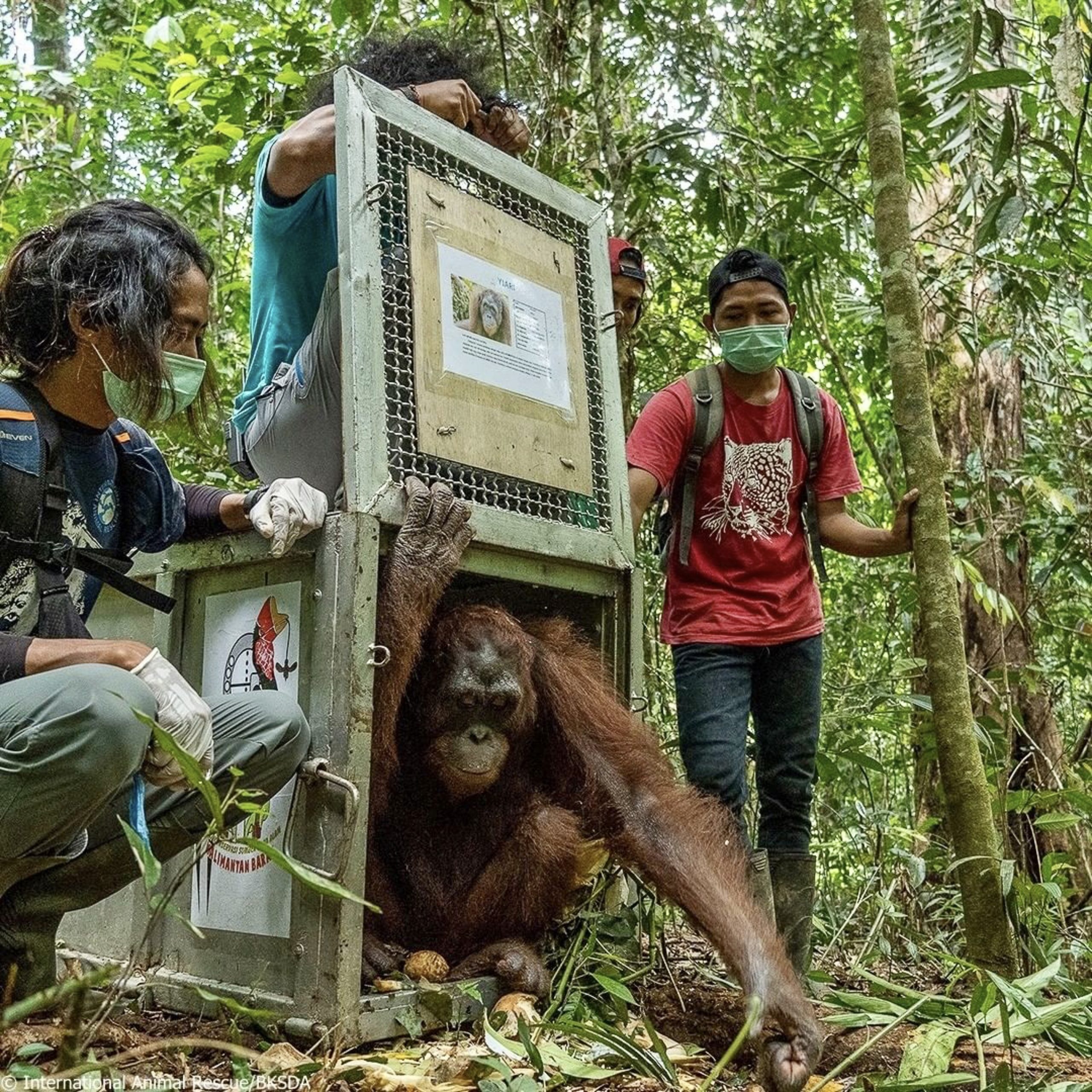 The head of the TNBBBR Center, Agung Nugroho, stated that this release was carried out through a series of activities and studies. He hopes that the orangutans will be able to form new populations and maintain the existence of their species. Last February, his party also released five other orangutans.

“All these activities and studies are carried out to ensure that all orangutans who have been released can live safely and have adequate food. When a release has been carried out, it doesn’t mean our work is done. The monitoring team will continue its work to ensure that each released orangutan can adapt to its new habitat,” said Nugroho in a statement.

It can take up to three days to reach the point of release from IAR Indonesia’s orangutan rehabilitation center. However, the status of the area as a National Park will ensure the safety of critical species. 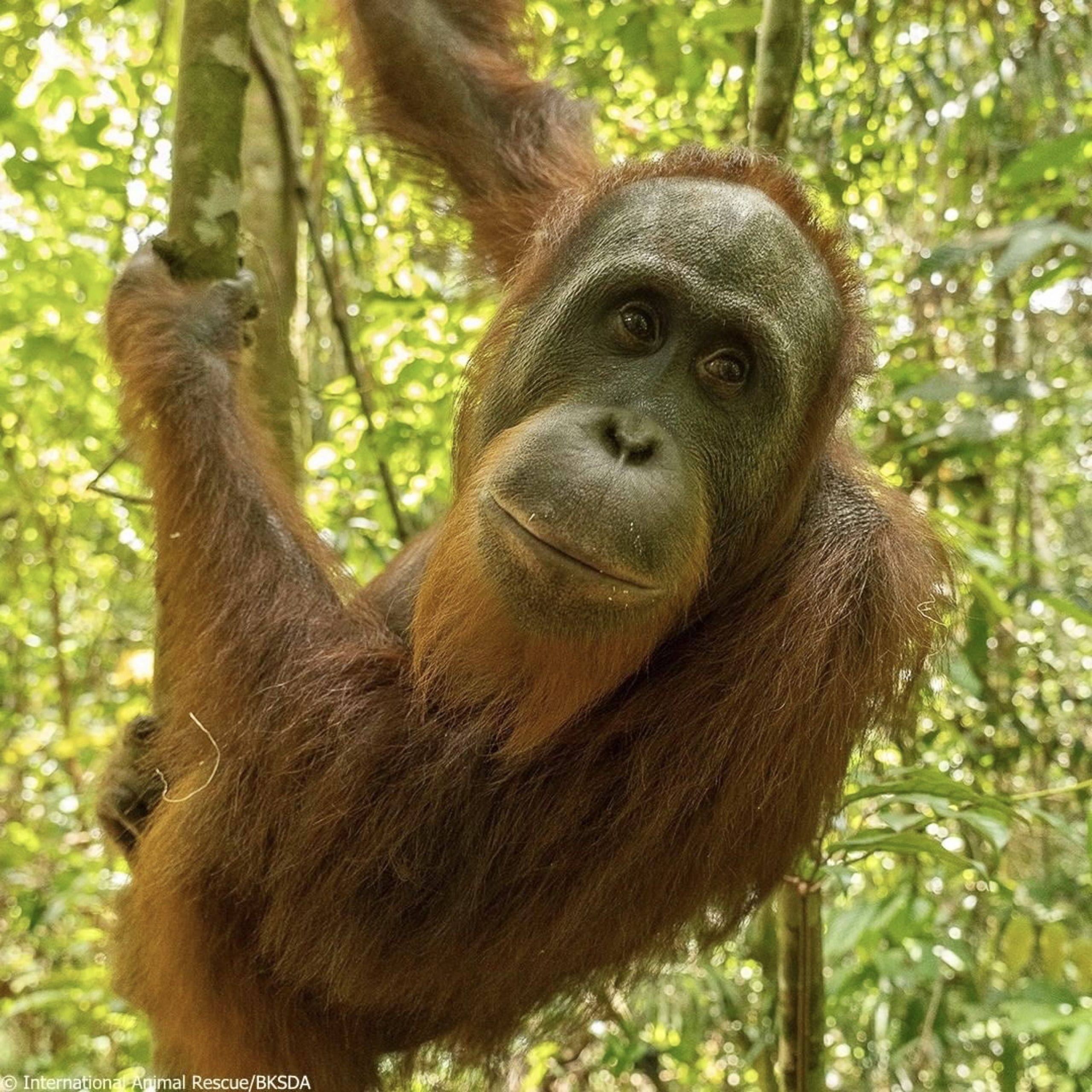 “With the release of these five orangutans, 51 orangutans have been released in the working area of the TNBBBR Center, consisting of ten wild orangutans that have been translocated and 41 rehabilitated orangutans from the Ketapang Orangutan Conservation Centre,” said Nugroho.

“It’s time for each to learn to live side by side in harmony. Humans as creatures that are considered the smartest, have the greatest responsibility to create and maintain the harmony of nature,” said the Head of the West Kalimantan BKSDA, Sadtata Noor Adirahmanta. 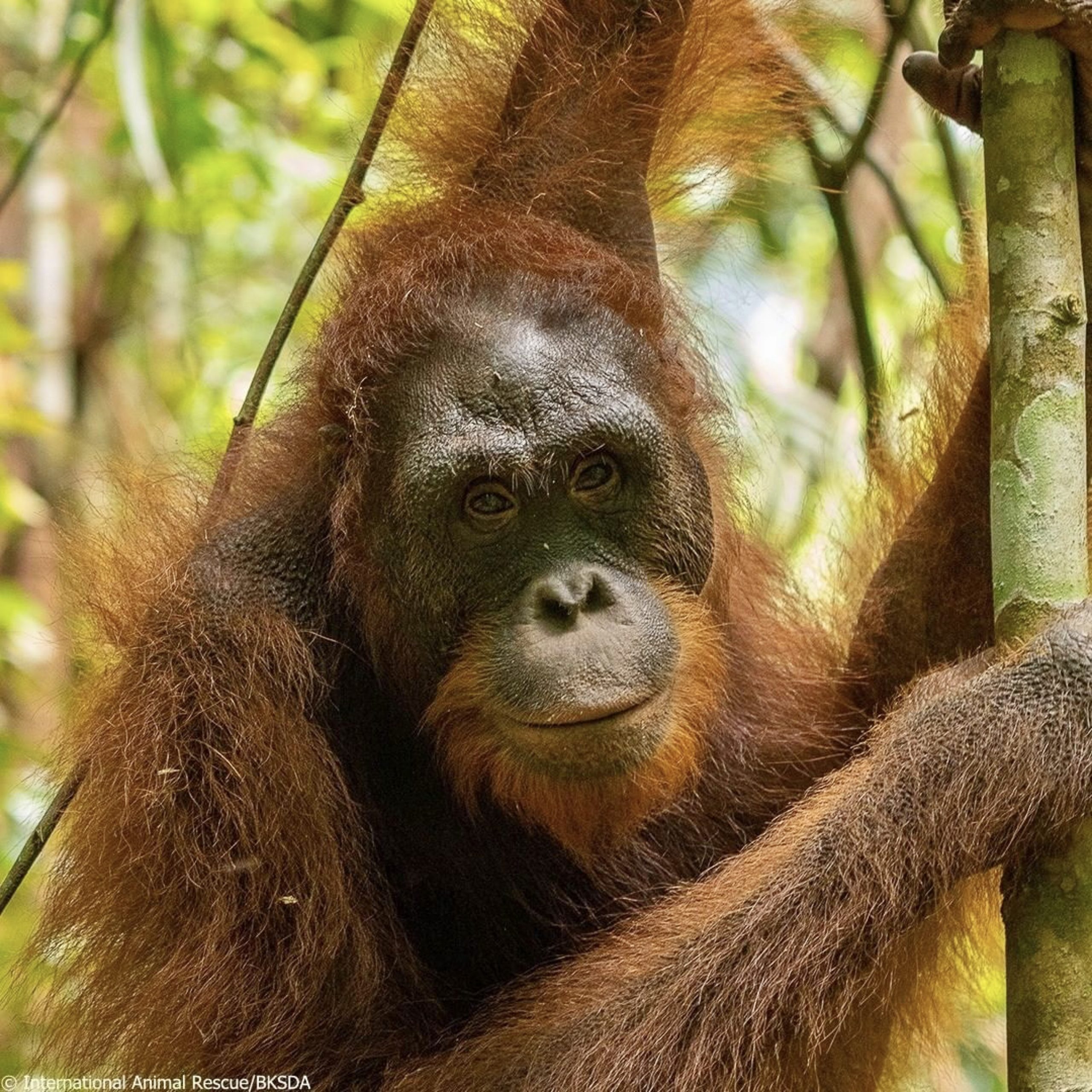 Alan Knight OBE, Chief Executive of International Animal Rescue said, “It’s always a joyful occasion when orangutans are released back into their natural habitat. It gives us all hope for the future of their species, as well as for the future of the forest as a whole and for every living creature that depends on it for survival.”

The post Five Orangutans Formerly Kept As “Pets” In West Borneo Are Rehabilitated & Released Back Into Their Rainforest Home appeared first on World Animal News.

Breaking! 30 Slow Lorises Reportedly Kept As ‘Pets’ Are Rescued & Released Back Into The Rainforest In Indonesia

Breaking! Court Rules That The Last Seven Critically Endangered Captive Red Wolves In North Carolina Must Be Released Into The Wild

Taco Bell Goes ‘Beyond’ In New Partnership With Beyond Meat Bringing Plant-Based Options To The Fast-Food Chain In The U.S.

dagold - 27 January 2021 0
Dell has expanded its business offerings in recent years, and now sells everything from detachable tablets to powerful (and expensive) rugged workstations. Every...

Asian-Founded Brands to Shop in Honor of Lunar New Year

Used clothes going out of reach for many Nigerians as inflation...

Breaking! Estonia & Poland Are One Step Closer To Becoming The...