This collab was written in the stars – literally. Davis Mallory syncs up with Miss Audrey to deliver a ‘love song for all matching signs’ in their sweet new jam.

One doesn’t need to check their horoscope to find out if they’ll love the new song from Davis Mallory. Instead, they can check out the new song and video premiering here on HollywoodLife. In the track, Davis and Miss Audrey, winner of the Nashville Independent award for Best Pop Artist, perform the new song amid a wide array of celestial imagery. “Let the sun and moon align for the both of us,” he sings, just as he and Audrey don lion and rams masks, respectively, symbolizing their synchronous astrological signs. “Fire Sings” is a breathy bit of shimmery pop love and a perfect addition to any romantic playlist for those long summer nights spent under the stars.

Davis shares that he navigated his way to this bit of pop goodness with some help from another Aries. “‘Fire Signs’ was written in Stockholm, Sweden at the studios of ABBA’s Benny Anderson’s publishing company RMV,” Davis tells HollywoodLife. “The song was inspired by a connection I shared with my co-writer on the song Natali Noor (an Aries and myself a Leo) – we had an instant friendly chemistry and wrote a love song for all matching signs. Arranged marriages in India are based on zodiac matches, and I’m certainly a believer in zodiac chemistry.”

“Fire Signs” continues Davis’s already busy and prolific year. Even though 2021 saw him release his sophomore album, Little Victory, Davis has put out a ton of new music in 2022. He teamed with Honey Gee and Luma for “Let Love Rain Down” (which Davis recently shared a stripped-down version.) He followed that up with “James Bond,” “Dancing Round the Fire,” “Cologne,” “Messy (Get Your Love Stripped)” and collabs with Aaron Lindt (“Runaway for a Day”), Fenox (“It Took Work”), and Revelz (“Runaway”).

Known for his time on the Denver edition of MTV’s The Real World and a handful of MTV Challenges (Inferno, Duel, and Rivals), Davis has pursued his musical dreams wherever they have taken him. He’s worked as a vocalist for DJs like Landis, DJs from Mars, Dropgun, and John Haldback. His music has also appeared on such legendary labels as Armin Van Burren’s Armada, EDX’s Sirup, and Don Diablo’s Hexagon. 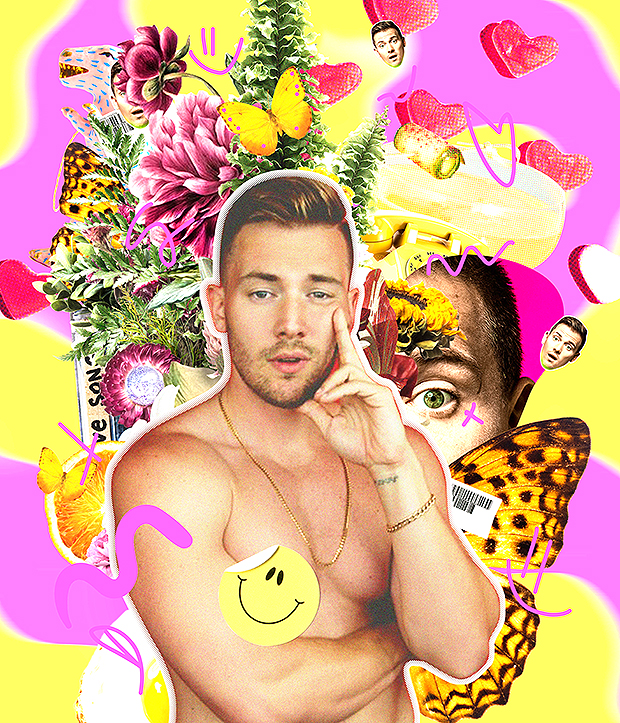 Davis has also continued to perform in front of the camera and behind the mic. He was part of Snapchat’s original series Growing Up is a Drag, MTV’s War of the Worlds, and Hulu’s Good Trouble.