Más Veggies Taqueria, a new virtual concept by Veggie Grill, launched this week, marks the first national Mexican restaurant offering all plant-based and planet-friendly food for delivery only. The virtual taqueria features an innovative menu in partnership with plant-based leader Beyond Meat and offers a range of crave-worthy tacos, burritos, bowls, and nachos, made entirely without animal products. 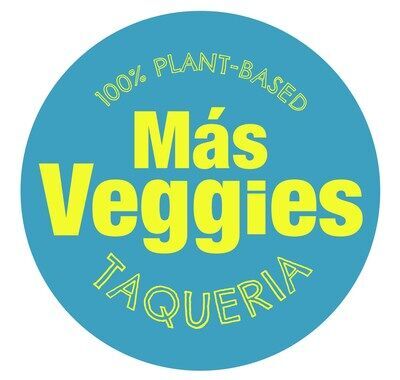 “Meet the newest member of the Veggie Grill family, Más Veggies Taqueria. A plant-based taqueria that brings amazing, and conscious, Mexican food straight from our kitchens to your home,” notes a greeting on the Más Veggies Taqueria website. The new concept addresses the surging consumer demand for plant-based options and the current preference for convenient contactless delivery due to the ongoing COVID-19 pandemic.

“Veggie Grill is the industry leader in plant-based restaurants and Más Veggies Taqueria is a natural next step for us to advance plant-based eating nationwide and bring a new and exciting experience straight to people’s doorsteps,” T.K. Pillan, Veggie Grill’s Co-founder, said in a statement. Pillan explained that while more Americans are now being mindful of how they live, eat, and care for the planet, there is a lack of dedicated plant-based Mexican offerings. “As restaurants nationwide remain closed or are operating with drastically reduced seating capacity for safety reasons, Veggie Grill also seized the opportunity to explore alternative ways to reach these conscious foodies. The virtual Más Veggies Taqueria helps accelerate the plant-based movement while leveraging existing Veggie Grill kitchens nationwide.”

Partnering with popular delivery platforms including Doordash, Postmates, Uber Eats, and Grubhub, Más Veggies Taqueria will run a delivery-only operation out of all Veggie Grill kitchens for lunch and dinner service, seven days a week. The virtual restaurants have launched in Hollywood, Pasadena, and Long Beach, in California, as well as Boston, Massachusetts, New York City, New York, and in Downtown Seattle, Washington. Other locations throughout Southern California, Portland, and Seattle will follow at the end of January.

Breaking! U.S. Congress Is Urged To Increase Funding For Endangered Species Conservation By $300 Million Beginning In 2022