In simulation of how water freezes, artificial intelligence breaks the ice — ScienceDaily

What Role Does Social Media Use Play in the Youth Mental Health Crisis? Researchers Are Trying to Find Out

Inflation problem in the U.S. impacts Black families more than many other Americans

WhatsApp gives you up to two days to delete a message, instead of one hour

Unraveling how the ear develops for future regenerative medicine strategies 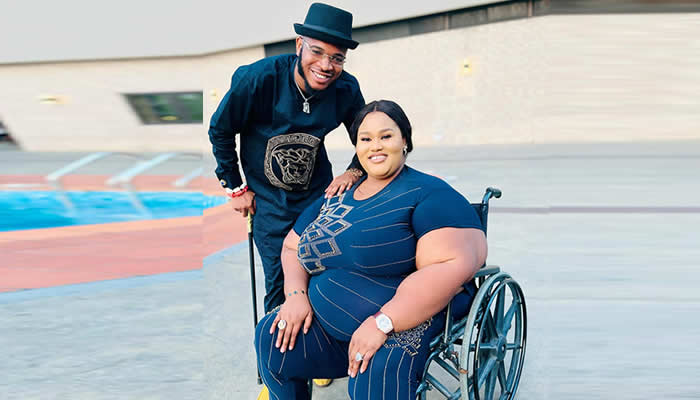 Dorathy Osaronu is a graduate of Marketing from the Rivers State University currently in a wheelchair after coming down with poliomyelitis as a child. She tells GODFREY GEORGE she doesn’t allow her condition to define her

Was growing up difficult for you as a girl with a disability?

My growing up was good. Apart from the fact that I saw other people walking on both feet and I was confined to a wheelchair, it was okay. At first, to be honest, it was heartbreaking. My father was too good to me. I had everything I ever wanted. It was so evident. If I wanted something, my father would abandon any other requests and attend to mine first. I have always had the best. Though I went through so much pain going from one hospital to another, I managed to live my best life.

There was also the issue of stigma. Everybody could do whatever they wanted and go scot-free because they knew my condition. When I went to school, my classmates would make it obvious that I was different.

Were you born with this disability?

It started when I was two or three years old. I had polio and it affected my legs.

Did the reaction you got from your classmates as a child have any effect on the way you view life now as an adult?

Oh my!  A lot of times I used to feel really sad. My dad is the king of Onne Kingdom in Rivers State and based on that fact, people felt it was a bit easier. But I still got people mocking me with the way they looked at me and asked me questions about what happened to my legs and all that. As a child, you know what that did to me? But I tried to prove that I was fine. Deep inside of me, I knew how I felt, but I am happy for my support system, especially my dad. He always made me feel that I was and I’m special. As an adult now, looking at it, I would tell you that it wasn’t easy. One thing that has made my adulthood nice now is that I am bold.

As a child I had a lot of kids around me because of my money. I was a rich kid so even though some mocked me, others were still around me. Maybe that was why I managed to pull through. I have not really had stress making friends maybe because of the money. I also come from a large family, so I had real love from people who actually love me for me and not for money.

Were there times that you had hopes that you would still walk on your feet?

Yes! I went to several hospitals right from when the issue started when I was three. We tried a lot of interventions. We went for numerous physiotherapy sessions. At a point, I started walking but not straight. I was using crutches though, but later on, it became worse that I had to use a wheelchair. I even visited some bonesetters to see if they could help. You can imagine how painful those sessions are. That was in 2005. They had to massage my legs, use different ointments, dig the ground, bury me inside and cover me up to above my waist. I remember any time the bonesetter came, I would start crying. After all of those interventions and things didn’t work out, I just decided to accept my fate. It was terrible. Going through all those procedures, at a point, made me depressed. I am a better person now. I am a queen of positivity now.

You have this very happy lifestyle from your photos online. How have you been able to maintain this disposition despite being in a wheelchair? What gives you that inner peace?

While pursuing a marketing degree at the Rivers State University, what were some of the challenges you faced?

University was terrible. I graduated in 2014. The university had a lot of storey buildings, so climbing the stairs was very difficult. I was even going to school from Onne because my dad did not like me to stay on my own. So, every day, I would go from Onne to RSU. You can imagine the stress, the traffic and everything. It was very far. I would wake up before 5am and begin my journey. When I got to school, it was another struggle. Almost all our lectures were upstairs. I got some supportive friends to assist me up the stairs. As I was being helped up the staircase, all eyes would be on me. For like one month after I started school, it was like I was not like others. They would always look at me with disdain. Being physically-challenged is like a taboo in Nigeria. People look at you like you don’t even deserve to be around them. They look at you like you have leprosy.  What really helped me, I would like to stress, was the fact that I was a rich kid and I had a positive mindset. I also try my best to package myself very well even though I was in a wheelchair.

Did lecturers give you any form of preferential treatment because of your condition?

Not really. They did not. Some lecturers in my department were a bit considerate. There were some when we had lectures upstairs, they would mandate people to go bring me upstairs. This was not because my father was wealthy or anything, but it was simply because they were being humane. I mean, I have no legs. You no go consider if na you? I had a few lecturers who would insist that I should be helped up before lecture could start.  It was just for humanity’s sake.

Were there moments you felt like you couldn’t continue because of the challenges?

I almost dropped out. Sometimes, I would wake up in the morning and going to school would just tire me, especially as I was going to be coming from Onne. My dad always told me that education is life, and I was very particular about going to school as I believe that school would change my life. I really believe in education; that was why I was serious about school.

Why did you choose marketing?

I wanted to study Law initially because my dad is a lawyer but I just thought about the stress of going to law school and wearing white and black every day and decided to just go for marketing. I just felt that life revolves around marketing. I wanted to do a course that would make me employable and marketable. I have always had plans to work and earn money.

Did you go for the national youth service?

Of course, I did. I was working on my exception when I woke up one morning and found out that my name was on the NYSC portal.  I was posted to Bayelsa State.  Service year was stressful. When I got to camp they redeployed me to Port Harcourt. When I was in Bayelsa, they were so scared for me; my dad called me every day. I don’t like people pitying me at all. But I believe there is no way one won’t need help in life as a person living with a disability. People help me a lot. My case is that I am chubby and so it is also hard to move around. There are times that my strength would fail me and I would need help.

Being a privileged person, how did you know that your friends were actually true friends? Did you think they were there because of the money?

I used to feel that way most times that people come to make friends with me, because I am driven in a nice car to school. But I think I have the spirit of discernment. When people come around me, I just know people who are true friends. I had friends who we eat together. I chose friends who would not pester me for money. When we want to eat, everyone pays for their own meals. I have friends I buy food for, but I know they are not following me because of money.

Were there times some of the friends made some comments and you couldn’t believe it came from them?

Well, I get a bad mouth too. I don’t let the things people say get to me. There is this street saying which goes, “You cannot shame the shameless!”  The only thing you can say is, “Dorathy no get leg.” But that same Dorathy is finer than you and can buy anything she wants. Sometimes, my confidence may appear like I am rude, but I am not; I am just a happy person. We joke normally but I cannot really picture when any of my friends said, “Dorathy, I dey pity you as you no get leg!” No. You cannot say you are helping my life.

Your marriage would clock one in May this year. How did you meet your husband and how did you know he was the one for you?

I met my husband in 2009. I wrote my WASSCE (West African Senior School Certificate Examination) in his dad’s school. His dad is also friends with my dad. So, that was where we met though we were not close because we were still young. Fast forward to 2019, we then met again. He just called me one day that he wanted to buy one of my products. Later on, I knew he had been my friend on Facebook and I didn’t even notice. I didn’t take him seriously. After I sold the product to him, he started asking me some personal questions and told me he was close to me. That was how we began, and now we are married. We got engaged in 2020 and got married in 2021.

You know what it is when you marry someone you actually love. It gives my parents peace of mind that I was with their friend’s child. Love is just a beautiful thing.

Did you have other relationships that didn’t work out before him?

I don’t want to talk about that. That is personal. I had some people but it didn’t work out.

Did people say some things to your husband when he wanted to marry you?

I heard a lot of things o! People wondered why he would want to marry someone who had no legs. Some said I was up to 70 years. But he didn’t listen to them because he knew he married for love. He knew I was a spec and we have been having a blissful marriage.

All rights reserved. This material, and other digital content on this website, may not be reproduced, published, broadcast, rewritten or redistributed in whole or in part without prior express written permission from PUNCH.

No court order against inauguration of NDDC board, group replies Ogbebor | The Guardian Nigeria News