As Muddy As You Want

As Muddy As You Want


Last time I was in an off-road environment, it was in the front seat of the pre-production Mercedes-Benz EQS SUV the day before the automaker opened its new battery plant in Alabama. It was quite fun experiencing the electric luxury SUV handle the off-road section of its proving grounds, though I knew most owners wouldn’t be tackling the rough-and-tumble of the open country in the Teutonic EV.

On the day of the Ford Bronco Everglades trek, I was in a group of six Broncos, which in turn was one of three groups spending the day at the Turtle Ridge Off-Road Park. Mine was dressed in Desert Sand, which is exclusive to the Everglades, and made more special still by the fact only a few copies will have the color. Other shades include Eruption Green (like the example in front), Area 51, Cactus Gray and Shadow Black (the only color not on the trail this day). My Everglades was also the centerpiece for the morning’s introduction and safety meeting, which meant I got to drive the star of the show. 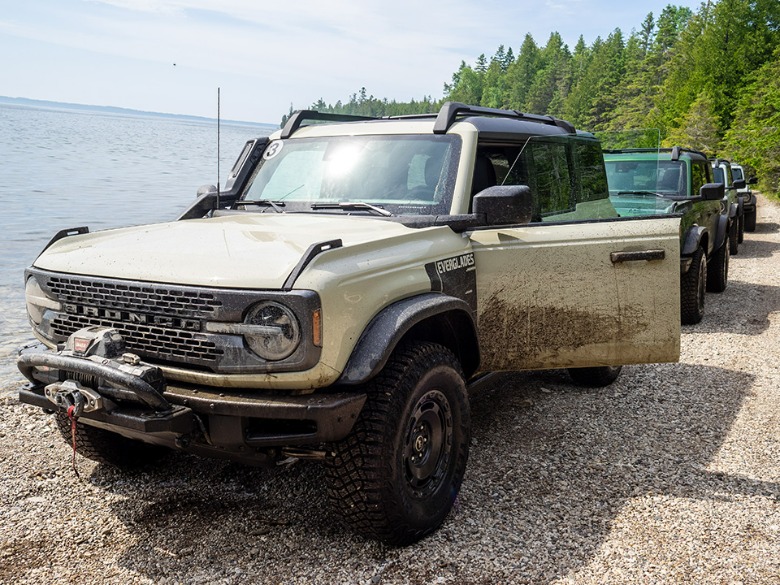 The drive started off easy enough, though I missed the part about putting the Bronco Everglades into the “Mud and Ruts” G.O.A.T. mode. That likely would’ve made traversing the increasingly muddy trail easier, though I’m not sure I would’ve been able to tell the difference. All I knew to do was to keep a tire on a rock to avoid bottoming out, which I did quite a few times along the way to the midway break along Glen Cove Trail. 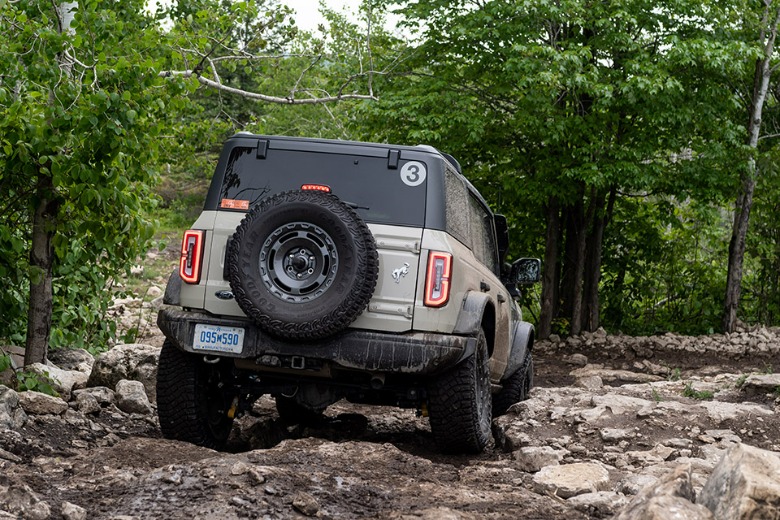 Just before lunch, we switched over to “Rock Crawl” mode to climb back up one of the rockiest portions of the trail. With guidance from the group leaders – and the computer in charge of handling rock crawling duties – each one of us was able to make the challenging climb with little trouble

The greatest challenge, though, would come after lunch.