5 Rappers Nasty C Addressed On His Latest Freestyle As He Gets Things Off His Chest. Nasty C is one of the few rappers SA rappers who have made every effort to steer clear of the unnecessary drama and beef that come with being in the music business.

The rapper has always made headlines for dropping good joints but this time around he has decided to get things off his chest through a freestyle “No Big Deal.” In the track the rapper decided to address some of the brouhahas has encountered with some of the peer rappers both in Mzansi and outside the country.

Nasty C addressed in his freestyle that he was ignored by the Ghanaian rapper Sarkodie. The Hell Naw hitmaker stated that he holds a grudge against the former to a point that he rejects a feature from him. “When I first met Sarkodie, he wouldn’t shake my hand… Cool… I’m not too proud to say I’m still a fan but I held a grudge and told myself to wait till I’m the man I will never give that man a verse,” he raps.

In another line, Nasty C revealed that the same Sarkodie who refused to shake his hand came through twice and asked for a verse, but he declined both times. “2 requests over the years and I declined them both, I just made up some dump excuse like I’m in album mode.”

Nasty C talked about how the media in Ghana tried to get him to beef with Shatta Wale after his opinion about the artist was twisted in the press. The Zulu Man With Some Powers hitmaker made it clear that he is now putting all that to rest since there was no smoke between the two but it was the media.

“They asked me if I knew Shatta, and they said he is one of the best, my honest response ended up being twisted up by the press. He understood that, so there’s really nothing there to address, but I thought I’d speak on it to put it to rest and show that man some respect.”

Nasty C took advantage of the freestyle to address his alleged beef with A-Reece. The rapper stated that there was no bad blood between him and the Couldn’t hitmaker and that he had tried to patch things up with him.

“I tried to squash that with A-Reece, as it was to put my pride aside, I tried to make peace it wasn’t even no beef that was petty spaghetti,” stated Nasty C.

He went on to say that he has no idea why he and A-Reece are feuding, but he is open to riding the ripple if A-Reece accepts the challenge.

I’m disrespected and regretted already couldn’t even get on my line I ended up saying something that was not it might really turn into something that I don’t even know why we beefing dawg but it’s up again, I’m down to go either way this point I’m leaving it up to him.”

Nasty C might have to get certain things off his chest but the rapper did not lift the lid on everything. He mentioned that there are two more artists whom he is close with that he won’t rap about because its too personal, but made it known that those unnamed artists hurt him.

“And to my 2 n*ggas I said I’d ride with until our hearses close, I won’t rap about you, its too personal, just know you n*ggas hurt me though.” 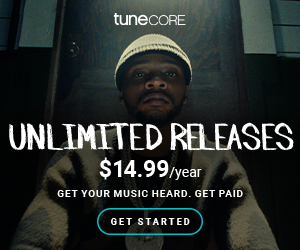 What Are WhatsApp Polls and How Do You Use Them? All You Need to Know